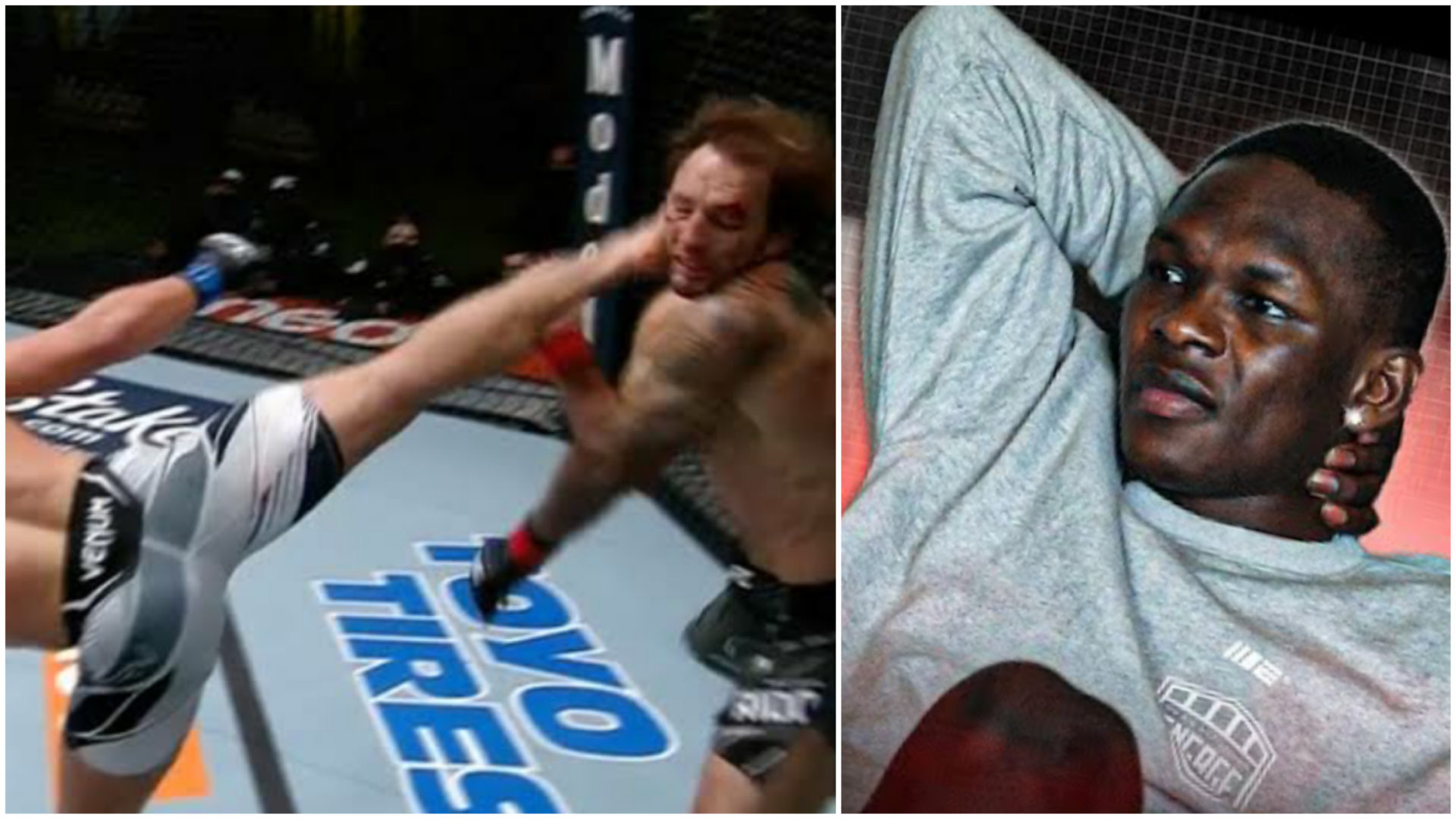 Israel Adesanya was clearly shaken after witnessing his City Kickboxing teammate Brad Riddell be knocked out by Rafael Fiziev at UFC Vegas 44.

Adesanya released a video on his YouTube channel, Where he reacted to the fight between Brad Riddell and Rafael Fizev.

In the real-time reaction video, Israel Adesanya protested for early stoppage from ref Herb Dean and felt like Herb should have given some more time to Brad Riddell before ringing the bail.

Watch the full video below.

Rafael Fizev and Brad Riddell delivered the performance of the co-main event. Riddell had his moment in the fight before getting knocked out by the spinning wheel kick. He was handling the pressure of Fizev very nicely, but overall he was dancing to the tune of Rafael Fizev.

The long-awaited rematch of Israel Adesanya and Robert Whittaker is scheduled to take place on Feb. 12 and Headline UFC 271.

Adesanya claimed his title from Aussie Robert Whittaker at UFC 243 in October 2019. Since then, bitterness between them has gained the pick.