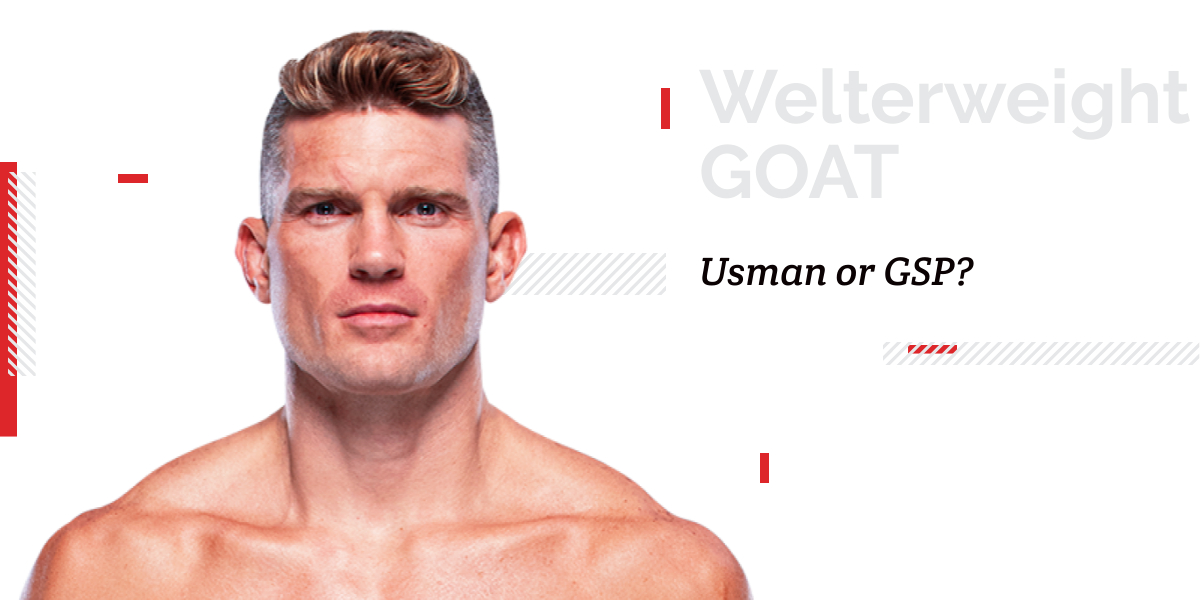 Despite Usman’s current dominating reign performance, Wonderboy gave the nod to St-Pierre owing to St-Pierre’s longevity as a champion.

In the interview with Erik Uebelacker on the MMA Full Mount YouTube channel, Thompson stated that Usman might become greater than GSP one day. He also stated that “The Nigerian Nightmare’ still has to be worked on before he can surpass St-Pierre.

“In my mind the GOAT is GSP. The guy defended the title so many times that it’s ridiculous. I’m not saying Usman won’t get there because he’s just beating everybody. He’s the up-and-coming name in the GOAT conversation. In a few years, he could be the GOAT. GSP is an inspiration and buddy of mine since he comes from a karate background as well. So right now, it’s hard to look past GSP,”

The debate of the greatest welterweight of all time has been rising since the Usman’s dominating welterweight reign.

Previously, there were no doubts about calling GSP a GOAT, but now people from Usman’s side have started calling him GOAT and expressed the desire to fight GSP to settle the debate.

If we look at the list of the opponent of both of them, Then it is pretty clear that GSP has fought some more tough levels of competition.

On the other hand, Kamaru Usman currently has five successful defenses. He is relatively less from GSP, but he is still active and competing against top guys in the division.

Who you guys think is the welterweight GOAT between Kamaru Usman & George Saint Pierre? tell us in the comment box below.