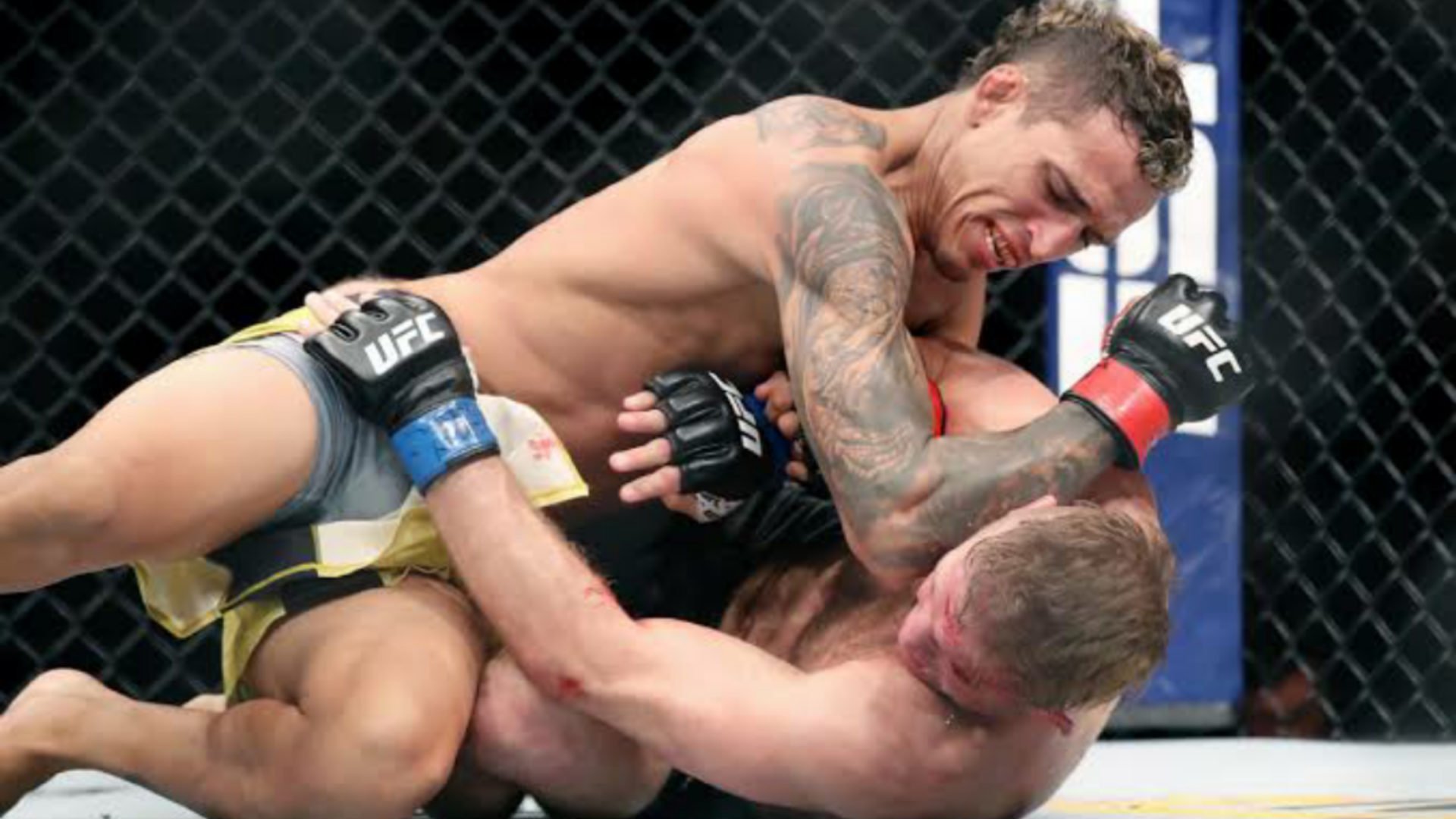 MMA world has witnessed the dominance of Khabib Nurmagomedov. Following his footsteps, Islam Makhachev is considered to be his successor with about same level of ground game.

With that being said, Current Lightweight Champion Charles Oliveira is not convinced to buy the hype of Islam.

Speaking on MMA fighting show, Charles Oliveira has weighed in on the hype of Islam Makhachev.

He does not believe that Makhachev’s ground game is as good as him. “What does Makhachev do? He takes everyone down,”  Said by Charles Oliveira.

He also continued to trash Makhachev by saying “He doesn’t do jiu-jitsu, he does sambo, smashing everybody. He can take me down. I have no problem being taken down.”

Charles Oliveira seems pretty much confident on his jiu-jitsu, he is not worried of being taken down on the ground and we have seen his ground game against Tony Ferguson and Michael Chandler.

Islam Makhachev is considered as favorite to win his fight against Dan Hooker. In Fact, Islam is already asking for his title shot.

A win over Dan Hooker will place him in top 3 or 4 spot with almost high probability of getting title shot after winner of Chandler Vs. Gaethje.

With amazing 9 fight winning streak, Champion Charles Oliveira is in his prime and he is on the hunt of top fighters to summon his legacy.

On other hand, Islam Makhachev is also on great run with 8 fight winning streak.

At some point of their career they will cross each others path & it will be interesting to if Oliveira can solve the puzzle of Islam and may force Khabib to come back to settle the debate of best lightweight fighter of all time.