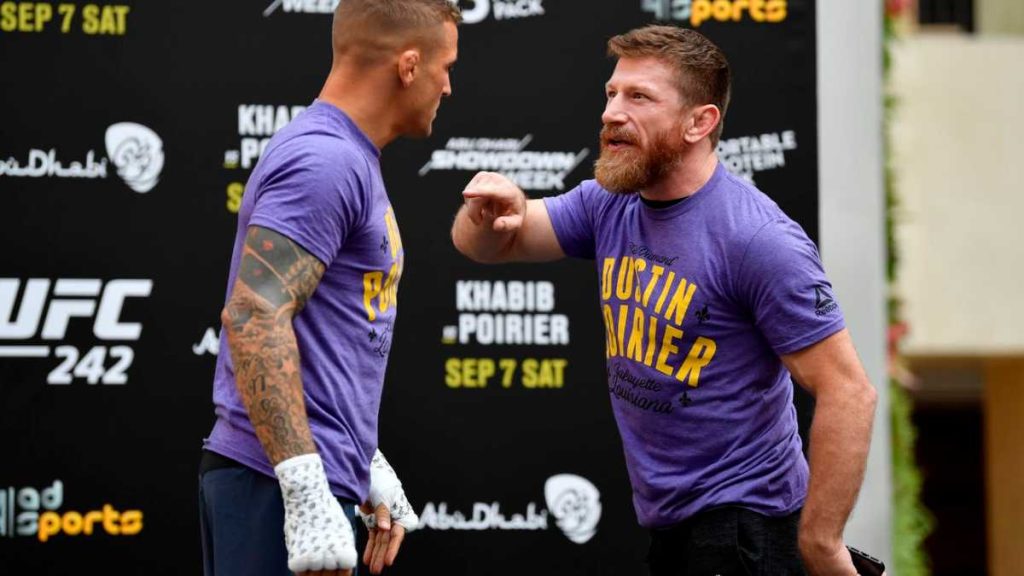 Dustin Poirier has revealed how his Coach warned him about calling out Colby Covington on Twitter.

After defeating Jorge Masvidal and losing to Kamaru Usman thrice, Colby does not any Welterweight bout which can be a big draw for him and that might force him to get matched against Dustin Poirier.

On the other hand, Dustin is also stuck in similar situation as most of the lightweight has booked and it is almost clear that he won’t be getting Nate Diaz fight.

This crazy situation of both the fighters might get us one of the greatest and craziest bout in the history.

In his recent tweet Dustin Poirier showed his willingness to fight Colby on July 30th. He wrote “.@ColbyCovMMA July 30th i accept”

Speaking to Ariel Helwani, Dustin revealed that his coach Mike Brown has already warned him about going into fight how Colby might talking trash about him and his wife and daughter.

“Mike Brown called me the other day and was like, ‘DP, if you take that fight, it’s gonna be two months of that, of them talking about your family and making this stuff up. I don’t know if you want to put your wife and daughter through that,’ but I’ve already hit pull on the tweet,”

There is no doubt on Colby’s trash talk he is obviously going to throw dirt on whoever fight him. Considering the fact that Colby’s has already talked trash about Dustin’s wife Jolie Poirier, We can assume he is going to give tough time to Dustin if they get scheduled to fight.