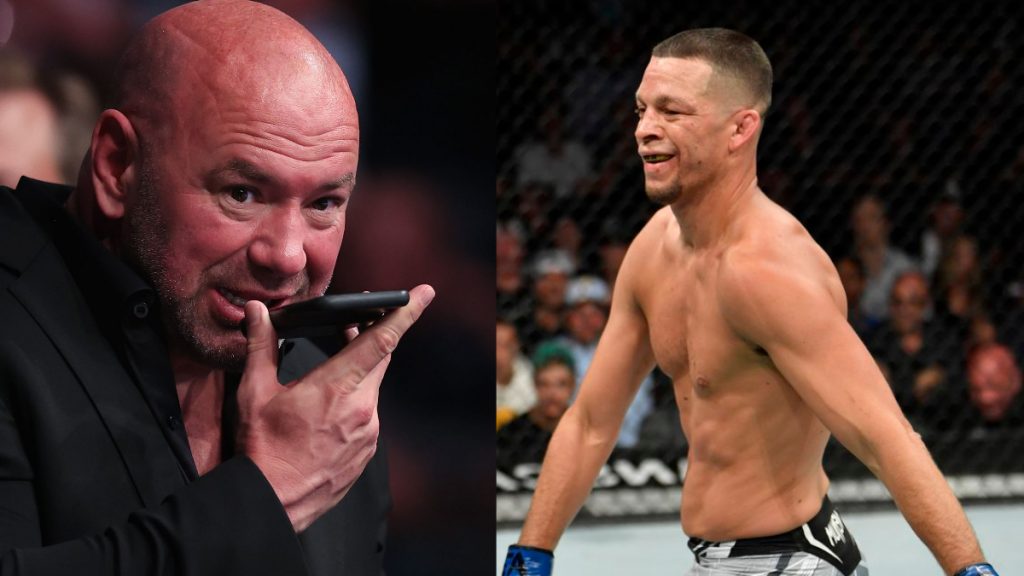 This Monday, Nate Diaz took it to Twitter to call out the UFC. It’s been almost a year since his last fight, and he’s been embroiled in a feud with Dana White and the UFC.

Ufc release now please or give me fight with anyone in July or august I have bigger sh*t to do.

When asked about Diaz’s comments on Tuesday, White echoed sentiments about the Paul matchup being a good opportunity for Diaz’s career. In doing so, the UFC president also appeared to indicate that Diaz’s time with the UFC may soon be coming to an end.

“I mean, I like Nate. Let’s be honest, Nate’s won one fight in the last five or six years, You know? When these guys get into these positions, you’ve got guys that have been with us for a long time, that we respect, that we care about.” Said by Dana White

You know, you’ve got Cerrones and Anthony Pettis before he left, and you’ve got Nate Diaz and Nick Diaz is still under contract with us. So you want to be fair to everybody, you want to do the right things or whatever. Nate Diaz isn’t going to come in and fight Kamaru Usman.

The actions of Nate Diaz have almost made it clear that he wants to get rid of UFC’s contract to test the free agent market.

In the mix of Dana White’s and Nate Diaz’s feud, Jake Paul has jumped in to trash Dana White. He wrote “Dana – I’m happy to be Nate’s last fight in UFC. You know the terms: pay fighters more and give them healthcare. Sweetener: I will fight for free.”

Dana White By THE UFC News