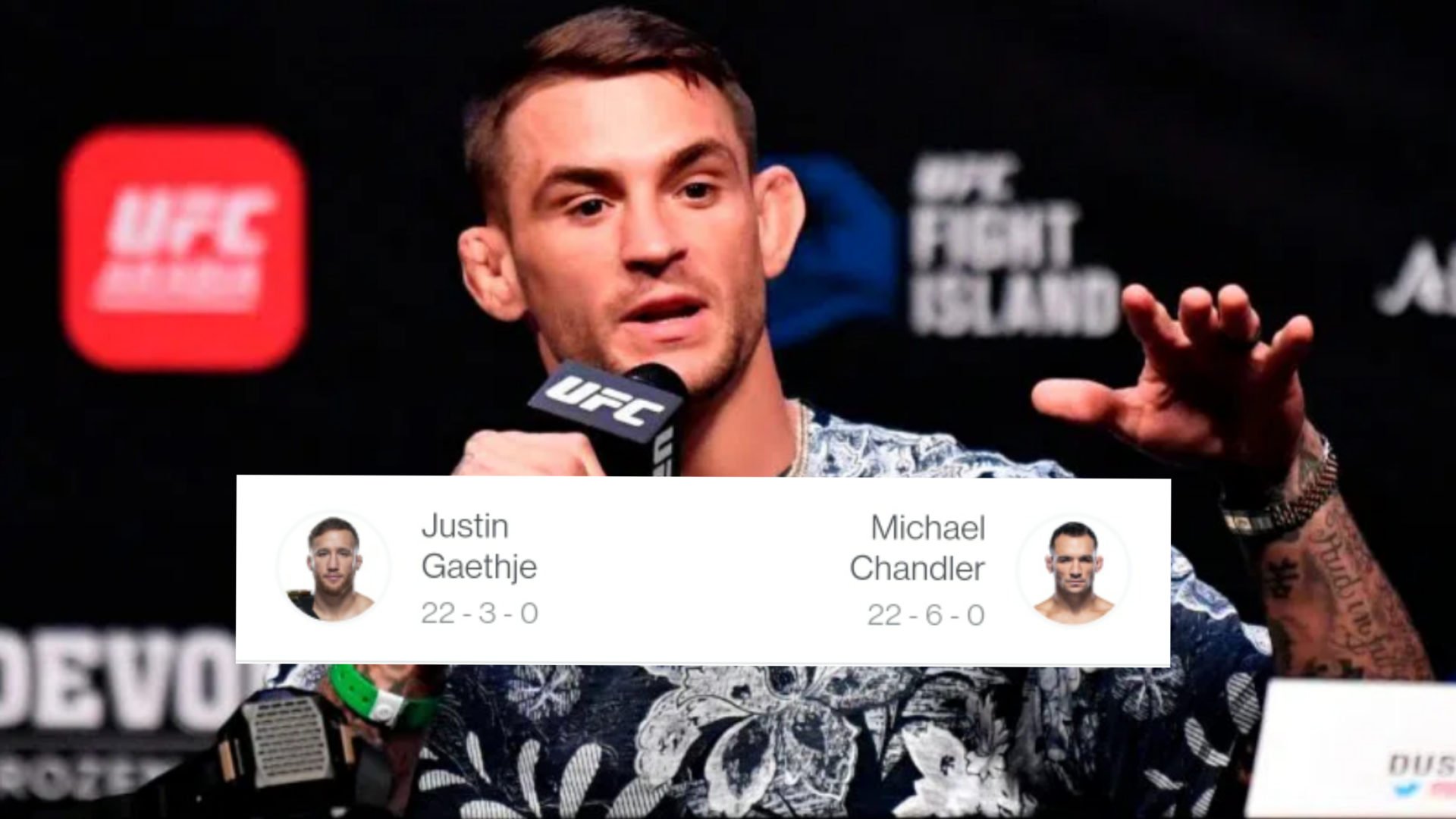 Dustin Porier has given his last minute prediction on highly anticipated lightweight bout between Justin Gaethje Vs. Michael Chandler.

Speaking to media Dustin has given his thought’s on Gaethje Vs. Chandler fight UFC 268.

Poirier said…“Man, it’s gonna be a fun fight. It might be talk. Chandler’s mindset, talking about caution to the wind, and who steps back first, and the tough guy stuff is—Justin’s a guy who you don’t have a choice. He’s bringing it. But I think Justin wins that fight.”

Dustin has fought Gaethje back in 2018, Considering his toughness and aggressive mindset, Dustin believes he will be victorious on Saturday night.

Gaethje is currently ranked number 2 and Chandler is number 4 ranked lightweight. Thats why this fight is being considered for number 1 contender fight.