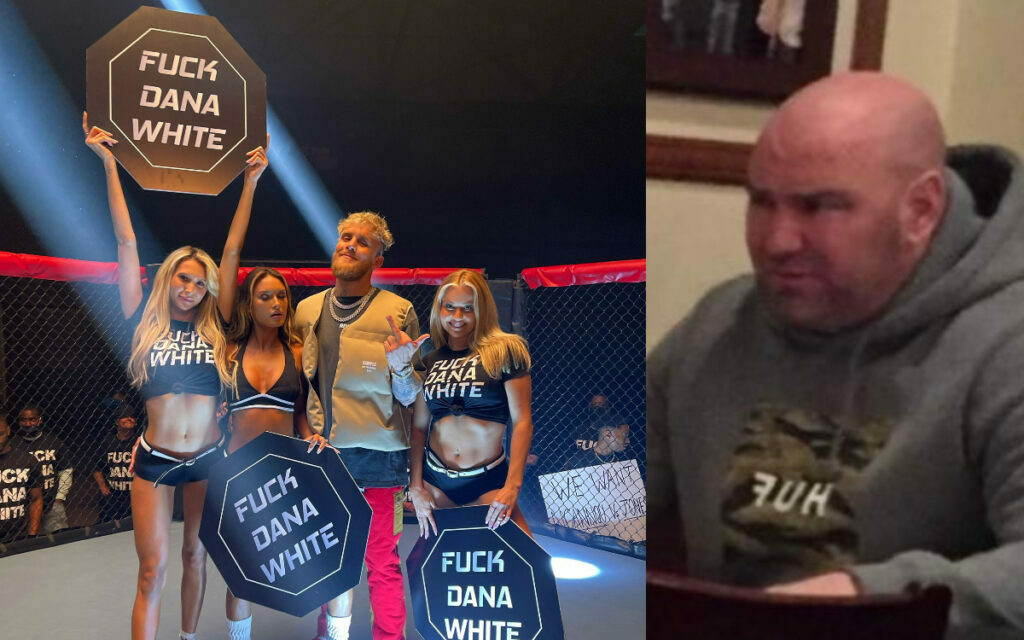 Youtube sensation Jake Paul announced his next diss track on Dana White to be released tomorrow on Youtube.

In one of his recent tweets, Jake posted a picture of himself and ring girls holding board, having written “F*ck Dana White.”

It seems like Jake Paul is going hard on UFC president Dana White; he recently brought some shares of UFCs parent company (the Endeavor Group) to help fighter’s pay and healthcare.

At the time of writing, Jake Paul’s tweet has not got any reaction from Dana White.

However, we are 100% sure that Dana will reply to it once it gets released on youtube.

For those questioning why Jake’s going this far, Paul has confirmed the goal behind the track on ESPN.

In his interview shared by The Recount, Jake Paul said: It’s really about fighter pay and getting them healthcare, and poking the bear, and disrupting his whole entire business.

“I’m dropping a diss track on Dana White tomorrow morning. So you will see that, and I’m not stopping any time soon.”

With that being said, What do you guys think of this announcement from Jake Paul?