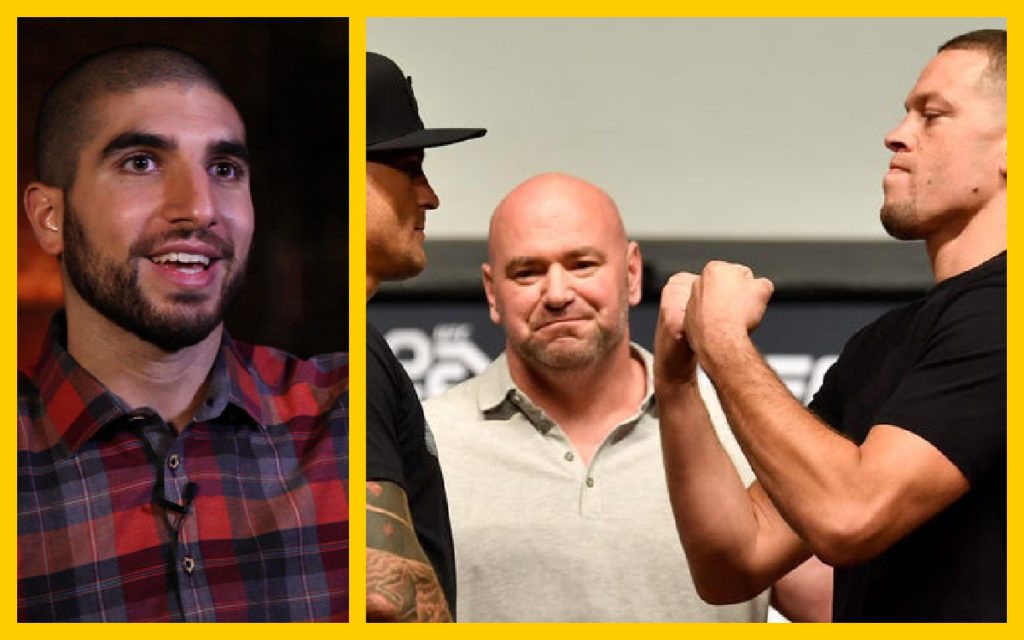 Dustin Poirier and Nate Diaz have been trading shots on social media for months now, and UFC still hasn’t finalized the bout.

Speaking on the latest episode of The Ringer MMA Show on Spotify, Helwani revealed the reason behind why the bout is taking too much time to get it finalized.

Well, according to MMA reporter Ariel Helwani, the problem is once more Nate Diaz’s contract, and the UFC wants to extend Nate’s contract until he fights Conor McGregor for the third time.

So this is the reasonably basic act of negotiating a Diaz vs. Poirier bout. UFC wants to add another fight to Diaz’s contract, obviously to make a trilogy bout with Conor McGregor.

We can see Nate would be willing to linger for a 3rd McGregor fight … for the best price. The lack of an offer to make that take place tells you where things rest, especially with Jake Paul waiting outside the UFC, happy to spray Diaz with cash.

Nate Diaz is undoubtedly the guy who is hard to deal with. We think Diaz would only accept the contract if the money and contract were right.

Nate Diaz was last fought at UFC 263 against top contender Leon Edwards. Where he almost knocked out Leon in the last seconds of their fight. Would be certainly looking to pull an victory in his next bout.

Tell us in the comment box below, What you guys think about Nate Diaz’s situation.