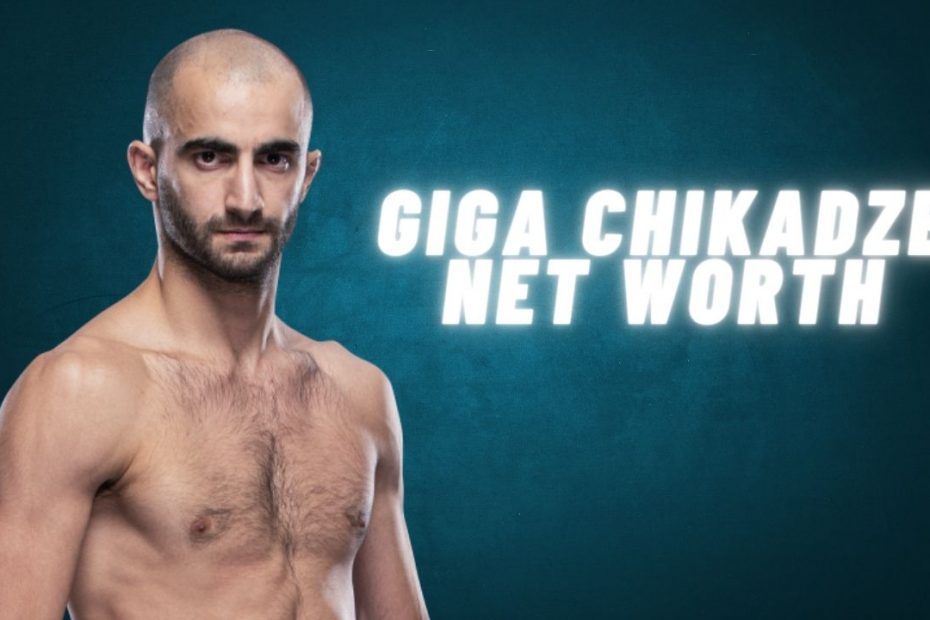 Giga Chikadze net worth in 2022 is estimated to be around $700,000. Giga Chikadze has made most of his net worth from his fighting career in the UFC.

Giga Chikadze is number four ranked UFC Featherweight and he is one of the nicely paid fighters with an average salary of $80,000.

Giga Chikadze is a 34-year-old Georgian professional mixed martial artist. Who is actively competing in the featherweight division of UFC.

Giga Chikadze’s current MMA record is 14-3-0, he has won seven out of his nine UFC fights.

According to various trusted sources, it is estimated that Giga Chikadze has earned $615,700 throughout his to-date fighting career in MMA.

On August 28, 2021, Chikadze headlined UFC fight night against Edson Barboza. He won this fight by impressive TKO in round number three.

On UFC Fight Night: Santos vs. Teixeira, Giga Chikadze fought and defeated Jamey Simmons by an impressive first-round knockout. he also earned a performance bonus from this fight.

Giga Chikadze’s next fight is scheduled against Sodiq Yusuff on Sep. 17, 2022, in Las Vegas, Nevada, USA. the card will be headlined by Cory Sandhagen and Song Yadong.

Giga Chikadze was born on 25 August 1988, in Tbilisi, Georgia. Chikkadze started training Gōjū-ryū Karat at the age of four.

He was inspired by karate superstars like Jet Li and Bruce Lee. He was also inspired by UFC 1 event which made him train harder to become a UFC fighter one day.

Giga began competing in kickboxing after moving to the Netherlands in 2015, then he was signed by GLORY the largest kickboxing organisation.

his second opponent Davis would pull out from the fight due to a weight loss-related illness. Later, it was revealed that Davis was replaced by promotion debutant Irwin Rivera. Chikadze defeated him by unanimous decision.

How much is the net worth of Giga Chikadze?

Giga Chikadze net worth in 2022 is estimated to be around $700,000. Giga Chikadze has made most of his net worth from his fighting career in the UFC.

What is the current MMA record of Giga Chikadze?

As of 2022, Chikadze’s MMA record is 14-3-0, he is still actively competing in UFC so his record will be improving with time.

How old is Giga Chikadze?

When is the next fight of Giga Chikadze?