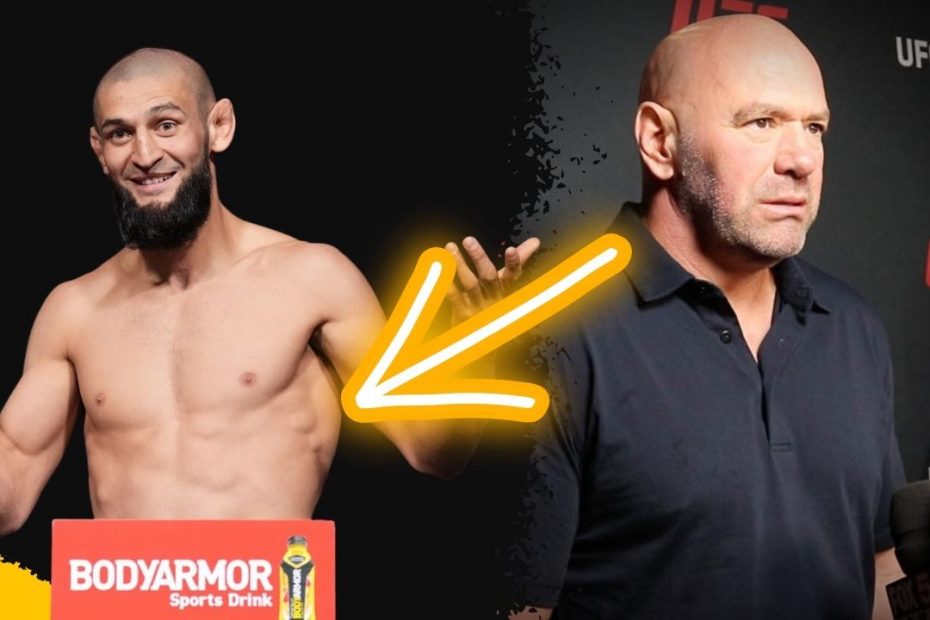 UFC President Dana White is unsure about whether to allow Khamzat Chimaev to compete at Welterweight after missing weight badly at UFC 279.

Khamzat Chimaev was initially scheduled to headline last weekend’s pay-per-view event against Nate Diaz But due to miss weight, he was moved to the co-main event against Kevin Holland.

This is not the first time Chimaev had trouble making weight, in his second last fight against Li Jingliang he somehow made the weight with the help of an old towel trick.

“Yeah, it’s a problem, it’s a problem that he missed weight, We have to look at it and figure it out, but what makes sense is for him to fight at (185). So we’ll see.”

“No, (I haven’t talked to Khamzat yet). I mean, what should I talk to him about? You should be sorry? Get smaller? It is what it is. It happened and yeah, we’ll go back this week, come up with a plan, and like I just told Kevin (reporter), have him fight at (185).”

Khamzat is no doubt a big guy for the welterweight division, but it seems like he wants to go for multiple division champion starting at the lowest possible weight for him.

With his new rising feud with Middleweight Paulo Costa, he has many interesting fights in the Middleweight division also.

What do you think about Chimaev’s weight controversy? where should he fight? tell us in the comment box below.