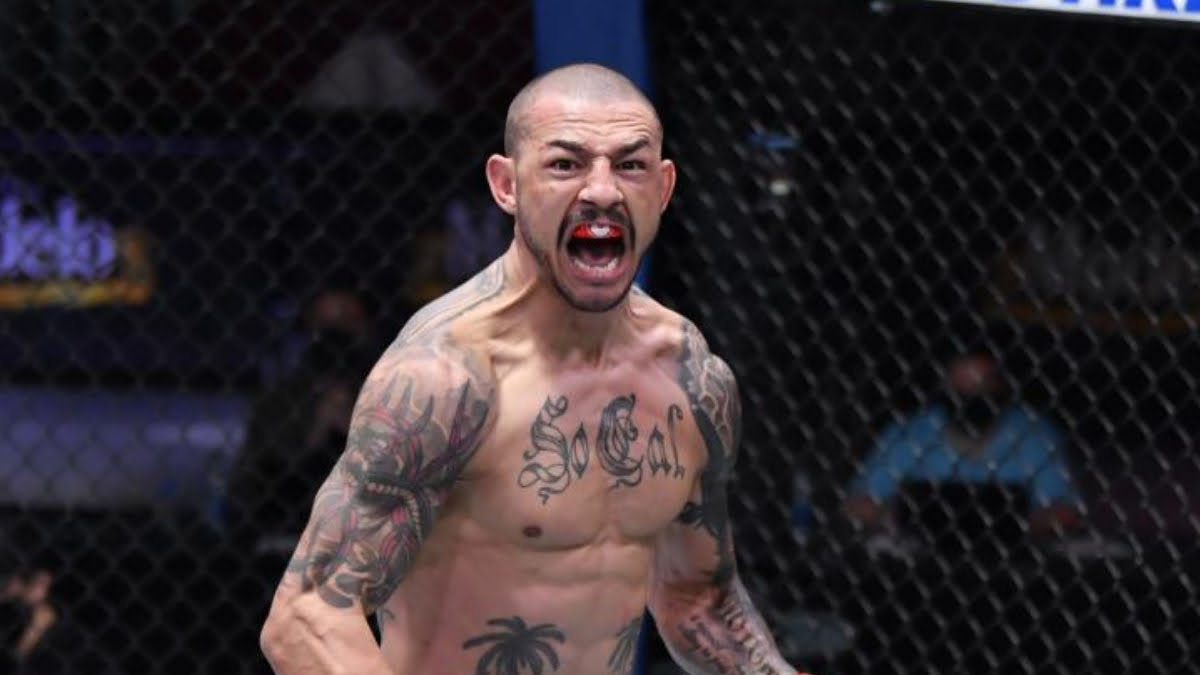 Cub Swanson net worth in 2022 is estimated around $2 million. Cub Swanson has made most of his net worth from money he earned from fighting in MMA/UFC and brand endorsements.

Cub Swanson has made whooping $2,460,500 throughout his UFC/MMA Career.

Considering the fact that Cub has never been fought for a title, we can say he has made a decent amount of money.

Cub Swanson Vs. Giga Chikadze – Cub suffered first round loss to upcoming prospect Giga Chikadze. Where he was paid total of $121,000 which included $100,000 fight salary and $21,000 fight week incentive.

Cub Swanson Vs. Shane Burgos – Cub was defeated by Burgos by split decision in a very close match. For this fight Cub earned a total of $110,000 including $90,000 as fight salary and $20,000 as fight week incentive.

Cub Swanson Vs. Frankie Edgar – Two legends collided for the second fight. However, this fight also did not played in his way. Cub earned a total of $96,000 for this fight.

Cub Swanson Vs. Tatsuya Kawajiri – Cub continued his winning run by defeating Kawajiri by unanimous decision and earned $155,000 in total for this fight. including $70,000 as fight bonus, $70,000 win bonus and $15,000 Reebok sponsorship.

Cub Swanson Vs. Hacran Dias – To earn his 12th victory Cub defeated by unanimous decision in a three round fight. Cub earned a total of $103,000 including his fight salary and fight win bonus.

Cub Swanson Vs. Max Holloway – Another big fight on his fight resume, but did not go on his way. He got submitted by Max “Blessed” Holloway.

Cub Swanson Vs. Frankie Edgar – Another submission loss for Cub was came by Frankie Edgar in round number 5. For this he was paid $44,000 as a fight salary.

Cub Swanson Vs. Jeremy Stephens – Cub defeated Jeremy by unanimous decision to in three round fight to extend his five fight win streak to six.

Cub Swanson was born and raised Palm springs, California. He is a son to Mexican mother and Swedish father.

Swanson’s father died of melanoma three months after he was born. Swanson and his siblings were then adopted and raised by their father’s cousin.

Swanson attended Cathedral City High School. In his childhood he used to involve in many street fights.

Cub Swanson made his professional fight debut on On July 25, 2004. He got submitted under 30 seconds in his first fight.

Swanson won nine fights before entering the WEC in 2007. This included a rematch with Gugerty in 2006. Other than TC, Swanson also competed in KOTC and BIB.

WEC 41, Cub lost to Jose Aldo under 8 seconds by KO/TKO. On November 18 at WEC 44 Swanson defeated  John Franchi by submission where he broke his both arms.

On October 28, 2011, WEC merged with the Ultimate Fighting Championship. As part of the merger, Cub was also transferred to the UFC.

on January 28, 2012, in his second fight, he defeated George Roop by TKO in first round.

At UFC 152 Cub Swanson defeated Charles Oliveira by technical knockout in the first round.

Continuing his run in the UFC, In 2015 he faced Max Holloway, where he suffered a submission loss on his record.

Apart from this, Cub has fought many other fighters who are now at the top of the games. Their name includes Artem Lobov, Frankie Edgar, Brain Ortega, Denis Silver, Daniel Pineda.

Cub Swanson is married to Kenda Perez in 2018, Since then they are together and live with their childrens.

Cub and his wife Kenda have total of three childrens with two of them are twins to each other.

Royal Rae Swanson is the name of their first son and Saint Cub Swanson and King Cub Swanson are the names of two identical twins.

Awards and Accomplishments of cub swanson

How Much Cub Swanson Net Worth?

Cub Swanson net worth is estimated around $2 million. Cub Swanson has made most of his net worth from money he earned from fighting in MMA/UFC and brand endorsements.

When is Next Fight of Cub Swanson?

Cub is scheduled to fight with Darren Elkins on December 19 at UFC Fight Night: Lewis Vs. Daukas.

What is the Current MMA Record of Cub Swanson?

How Much is the Height of Cub Swanson?

As per official records Cub Swanson is 5 feet 8 Inches Tall.

How Much is the Reach of Cub Swanson?

Cub is said to have 70 inches reach in total.

Who won the Fight Between Cub Swanson Vs. Doo Ho Choi?