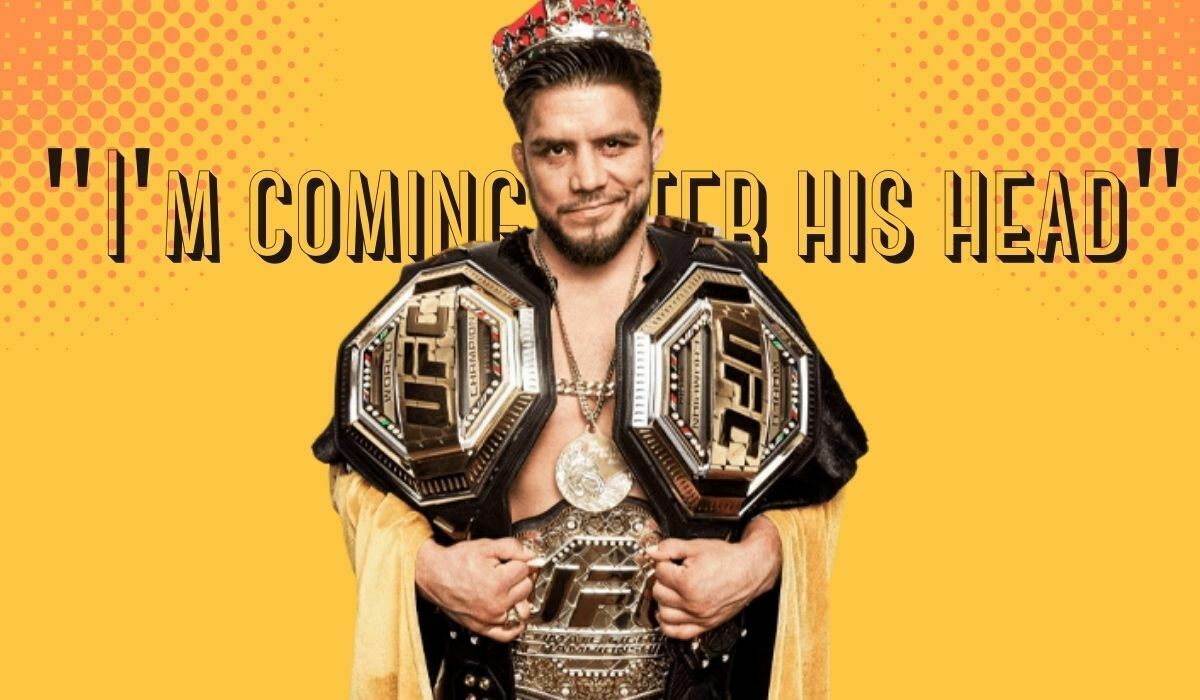 Recently, Cejudo was interviewed by DC & RC, where he made his case for getting a title shot against Alexander Volkanovski.

“Don’t tell me that ‘He’s done nothing at featherweight.’ I’m right here, bro. I’m the Olympic champ. I was the youngest in history to ever win an Olympic gold medal. I beat the greatest of all time in Demetrious Johnson, man. I defended both of my UFC titles. Bro, come on. Let’s do it, dude. Let’s do it, man. Persona aside, man, this is Henry Cejudo talking to you right now. Sign that damn dotted line. Plain and simple.”

Previously, Alexander rejected Cejudo’s title fight, citing he’s retired and done nothing at featherweight. However, Cejudo answered that question in his style too.

“Alexander Volkanovski said he wants to fight at 155 pounds. Dude, you ain’t proven at 155 pounds, either! I defended both of my belts. I retired on that Monday, guys.”

“So at the end of the day, man, I’m coming after his head. I really am: as a competitor, as a challenger, as a history maker.”

Henry Cejudo was last fought at UFC 249 in 2020, where he defended his bantamweight title against Dominick Cruz.

Hate him or love him, but you cannot ignore him; that’s the personality CCC has. Looking at his fight resume, he has done more than anybody in the flyweight and bantamweight divisions.