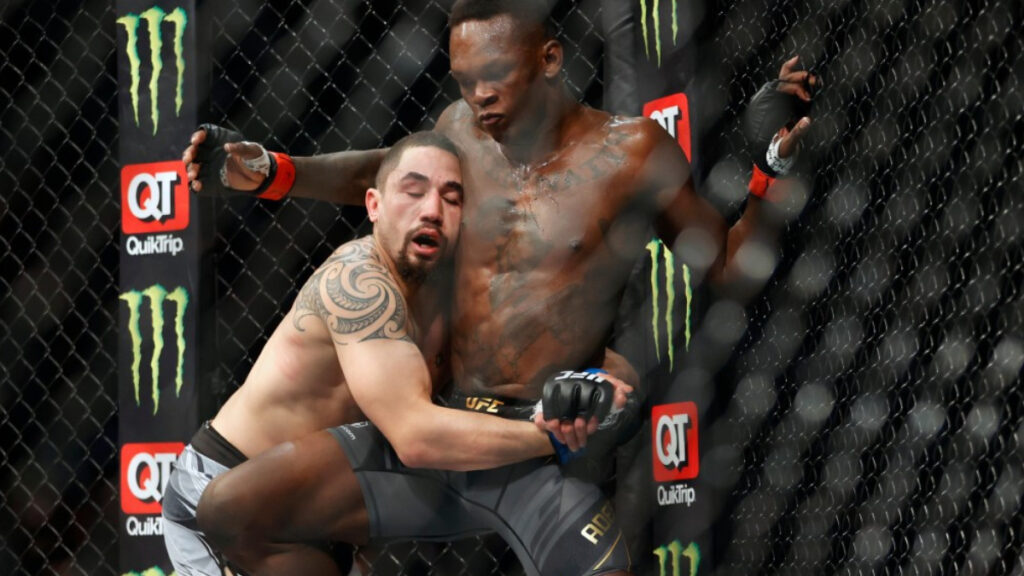 Middleweight Champion Israel Adesanya revealed what he said to his former rival Robert Whittaker immediately after defeating him in their rematch at UFC 271.

Last Saturday night Aadesanya and Whittaker went toe-to-toe inside the Octagon in their most anticipated rematch. At the end of the fight, Adesanya emerged victorious in their five-round hard-fought battle.

Adesanya has a 2-0 lead over former middleweight champion Robert Whittaker. Many people believe Whittacker is second best in the division like Holloway in the featherweight division.

Despite their bitter rivalry, Adesanya and Whittaker shared a juncture to show respect to each other.

Speaking into UFC 271 post-fight presser, Adesanya revealed what he said to Whittaker and what Whittaker said to him.

The card also featured a potential number one contender bout between Jared Cannonier and Derreck Brunson. We can definitely see him getting the next title shot with an impressive KO victory.

On the other hand Whittaker may fight Marvin Vettori and Brunson to claim himself another title shot.