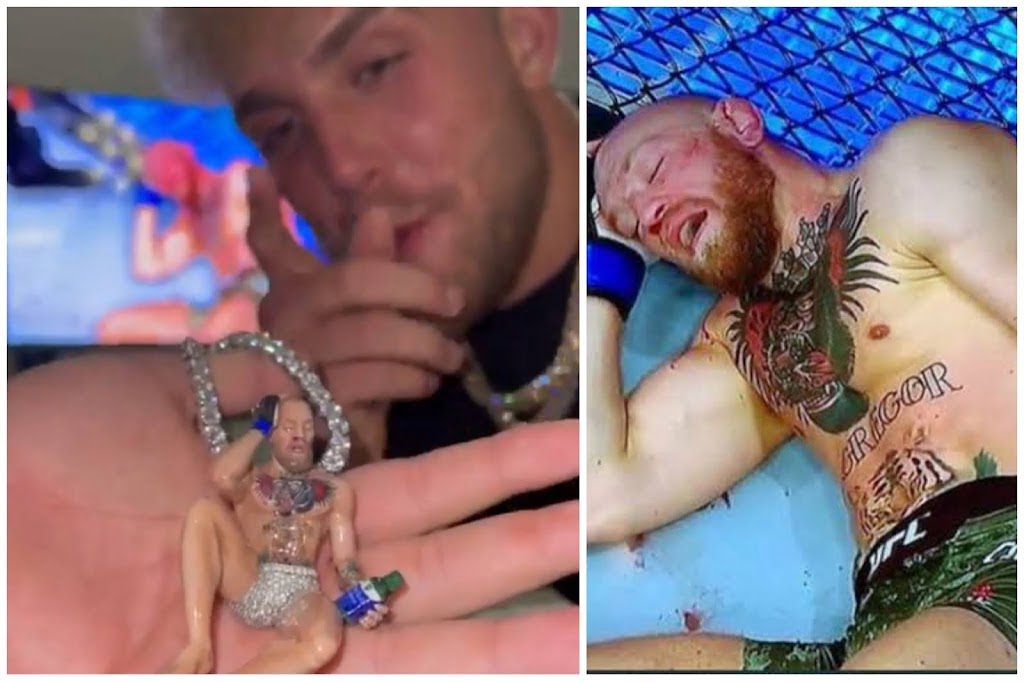 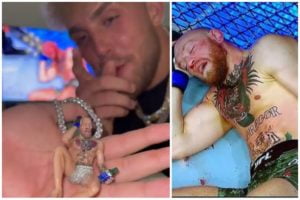 “We have got my new 100k $ sleepy McGregor Chain, Aye McGreggor You better win tonight otherwise your career is over And if you loose that 50M $ offer that i gave you Won’t be on table anymore. So dont choke like you normally do. Sleepy McGreggor dont go night night. F*cking B*itch.” Said Jake Paul

Jake Paul is scheduled to fight UFC’s former Welterweight champion Tyron Woodley in August. However, Jake Paul has been pushing for a fight against Conor McGreggor.

On other side Conor McGregor has not shown much interest in fighting any of the paul brothers.

when conor was asked about paul brothers, Conor Said “I dont care about those two dingbats”

Tonight, Conor McGregor will be fighting his triology with Dustin Poirier. the first time in his career conor is coming as a underdog.

lot’s of people picking dustin as their winner but looking at the attitude of conor we can say that crazy man is going to bounce Dustin’s head on the canvas.

Conor By second round KO

Burns By 3rd Round KO/TKO

Sean O’Malley by 2nd Round KO/TKO