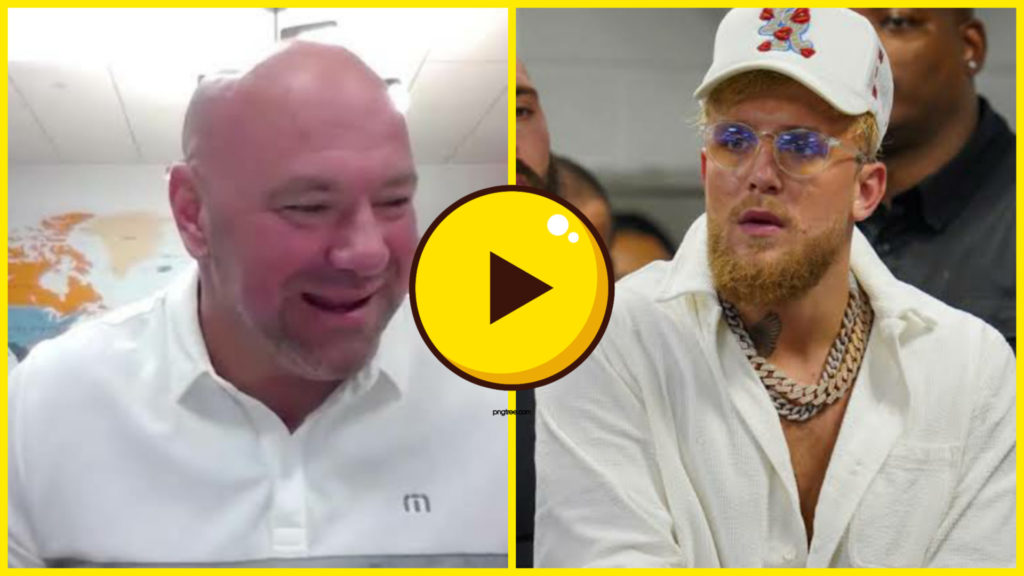 Dana White responds to Jake Paul’s counter offer for fighting in the UFC.

Previously, Jake Paul was challenged by Dana White for random test on him for cocaine for the next ten years and Dana would randomly test him for steroid for next two years.

In his recent tweet, Jake Paul laid down some terms to fight Jorge Masvidal under UFC contract.

Provide long term health care to all fighters (you previously said brain damage is part of the gig… Imagine if the NFL said that). There are many UFC alums who have publicly said they are suffering from brain damage.

Seems like Jake Paul want’s to play mind games with the game Dana White. But, he was immediately countered by Dana.

In a video released on twitter Dana White said,“Jake you never responded to the challenge. You publicly stated that I use cocaine. I do not. So I told you ‘You can randomly cocaine test me for the next ten years’. I believe that you’re a cheater, and I believe that you use steroids. So I want to randomly steroid test you for the next two years. And that thing that you came out with today, nobody on earth thinks that you wrote that, you’re too stupid.”

Dana also slammed Jake Paul for calling out UFC fighters who can sell PPV for him, He also said that Jake can’t sale PPV anymore, His PPV numbers are going down.

What you guys think of Jake Paul’s and Dana White’s comments? Tell us in the comment box below.