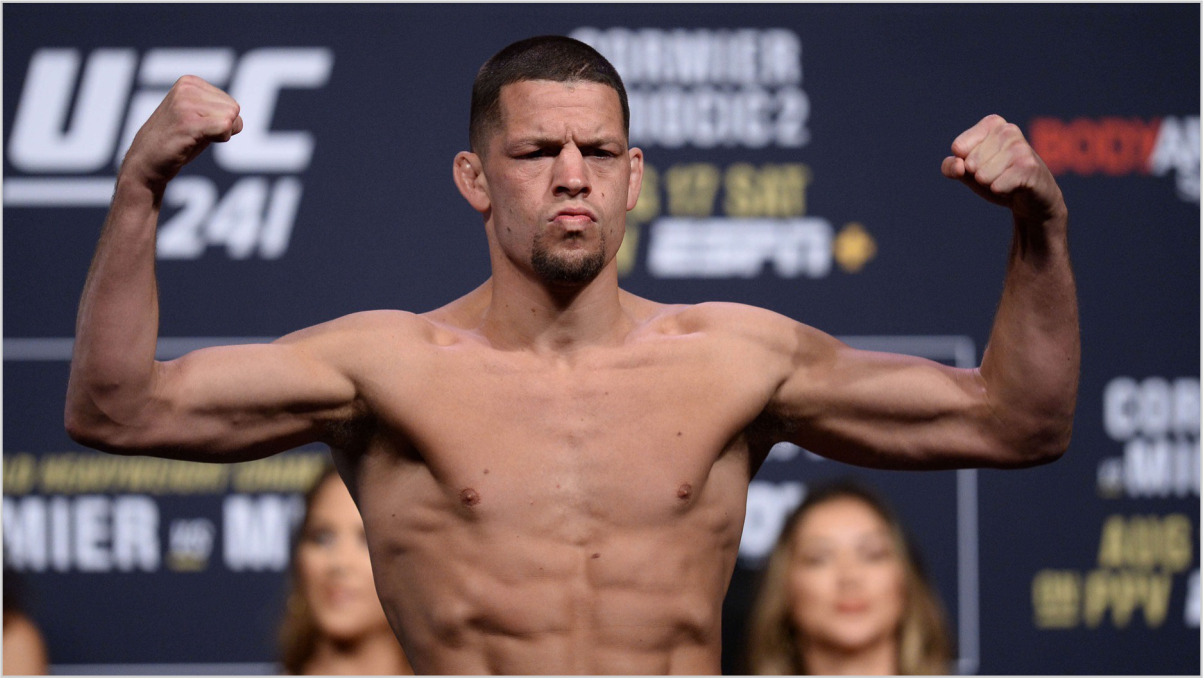 The Nate Diaz next fight is rumored to be around somewhere in the first quarter of 2022. With only one fight left on the contract, it is assumed to be either Dustin Poirier or trilogy with Conor McGregor.

However, there are not yet official fights booked for Nate Diaz, But as per our sources, UFC is working on finalising his bout within one or two months.

When will be Nate Diaz’s Next Fight?

As per sources, UFC is working to put Nate Diaz on the UFC 272 or UFC 273 card. We don’t have any idea whether this will be the main event or co-main event, but it depends on what opponent he gets.

Nate Diaz is one of the biggest names in MMA; He has many potential opponents who can give him the biggest draw in UFC history.

No doubt this is the most anticipated trilogy and rivalry in UFC history. Both of them holds a one-one victory over each other, and it would be interesting to see them fighting to settle this rivalry once for all.

Conor has also said that this trilogy is there on the table, and it would 100% take place at some point in time.

Especially now, When Poirier has two wins over McGregor, and this fight makes more sense than the trilogy with Conor Mcgregor.

Nate Diaz fighting with Tony Ferguson will be one of the craziest bouts in UFC history. Both fighters have toughness and durability, which is the perfect ingredient for the potential fight of the year contention.

It would be interesting if they do it to the catchweight between Lightweight and Welterweight, where both are comfortable.

This is also an exciting bout for Diaz, Belal is currently ranked top-five guy in the division, and it would be the easiest fight for Nate to crack into the top five spots.

If Nate intends to stay here in MMA and capture the belt, he must fight one of the top five guys.

Another certified banger, Both fighters are coming off a loss and would be an exciting standup battle.

When is Nate Diaz’s next fight?

The Nate Diaz next fight is rumored to be around somewhere in the first quarter of 2022. With only one fight left on the contract, it is assumed to be either Dustin Poirier or trilogy with Conor McGregor.

Who is potential opponents for Nate Diaz next fight?

What is the current MMA record of Nate Diaz?

How old is Nate Diaz?

How tall is Nate Diaz?