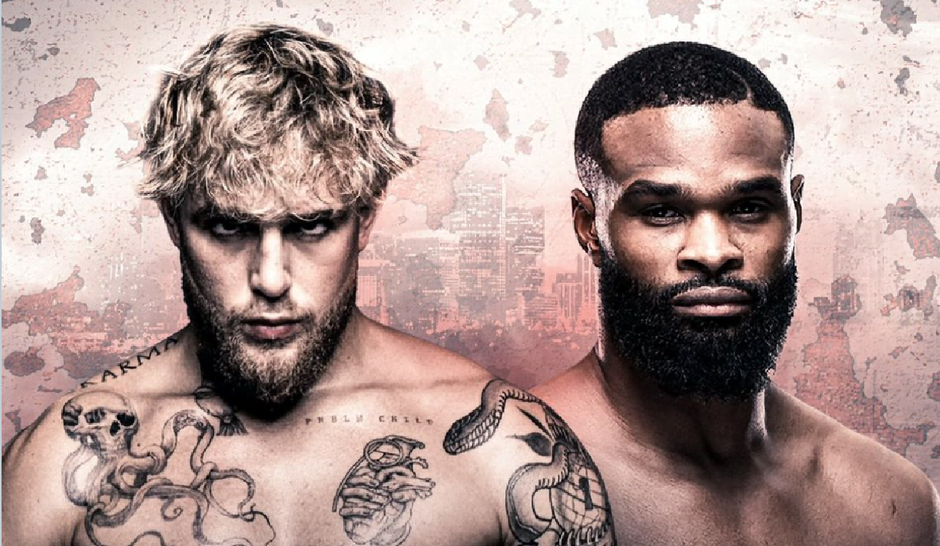 Paul Vs Woodley will take place on 29th August at rocket mortage fieldhouse and will be available as PPV on Showtime.

We are just a week away from most awaited Paul Vs Woodley boxing bout. as the fight is near we are here to share our view on the fight including analysis of fighters and prediction.

In his prime time was considered as one of the best knockout artist. he finished Robbie lawler, Darren till, Josh Koscheck with his powerful right hand.

He has only fought 3 times in the ring and has a perfect record of 3-0, unlike his brother logan, he is more technical in his striking and his technique.

We will be analysing both fighters on following aspects:

Tyron woodley having good power in hands, as we know tyron has many KO in his resume he carries serious knockout power in his right hand.

as we saw in his fight against ben askren, Jake Paul is also having the same amount of power in his hands.

Although it seems 40:60 for paul as tyron has the KO power but paul is way bigger than him with more reach it slightly favors paul.

However, Jake paul is not a tested fighter yet but looking after his routine we can expect he will have enough cardio to carry that power in later rounds.

Overall, On paper it looks that tyron woodley will be having a edge over jake paul in the technique department.

However, we cannot underestimate Paul here, because he has been working so hard on this.

Although, Records favor tyron woodley but i am gonna go with jake paul.

Both the fighters are having equally good cardio but in terms of strenth jake is having a clear cut advantage here.

Whoever, having confidence in cardio and strenth advantage is going to dominate or controll atleast early 3 rounds of this fight.

Their is no doubt that Tyron is having too much experience as compare to jake paul. But tyron is having experience in mma fights while on other hand paul has little experince of boxing now.

overall, experience does not give any advantage as now both fighters have handled their nerves in the past. So it wont play a big factor in this fight.

Yes, last fight does plays a role coming into the next fight. If we look at the jake paul, he is coming after a devastating KO victory over woodley’s close friend ben askren.

On other hand, Tyron is in worst state of performance here. he has lost his last fights in ufc and it seems bad end of his career.

Alright, with all that being said we are going to move on our prediction section.

I Personally believe it is going to be a very exciting fight. although both fighters are having knockout power but i still see this fight going into the later rounds.

Early rounds are just going to be the dance with little touch. i believe both fighters are going to hesitate to throw in early fight.

Specially woodley, he is going their just to counter all the shots. he is not going to push in early rounds.

Woodley’s game would be just teasing & countering the paul. It’s obvious because we all know Paul is gonna rush and tyron just has better fight IQ than him.

Paul also have his chances beating woodley in early round because of Power, Height, Weight & Aggression.

Paul can literally stop this fight with single clean shot.

Considering all the factors, i believe in jake paul winning this fight it can also be a draw as you know how these celebrety boxing fights are they are just for entertainment purpose they are not real ones (some fights).

Genuinely, i dont see how Twood beat this guy because he has less power, he is old, he is comparatively small guy and i dont know how much he is willing for win.