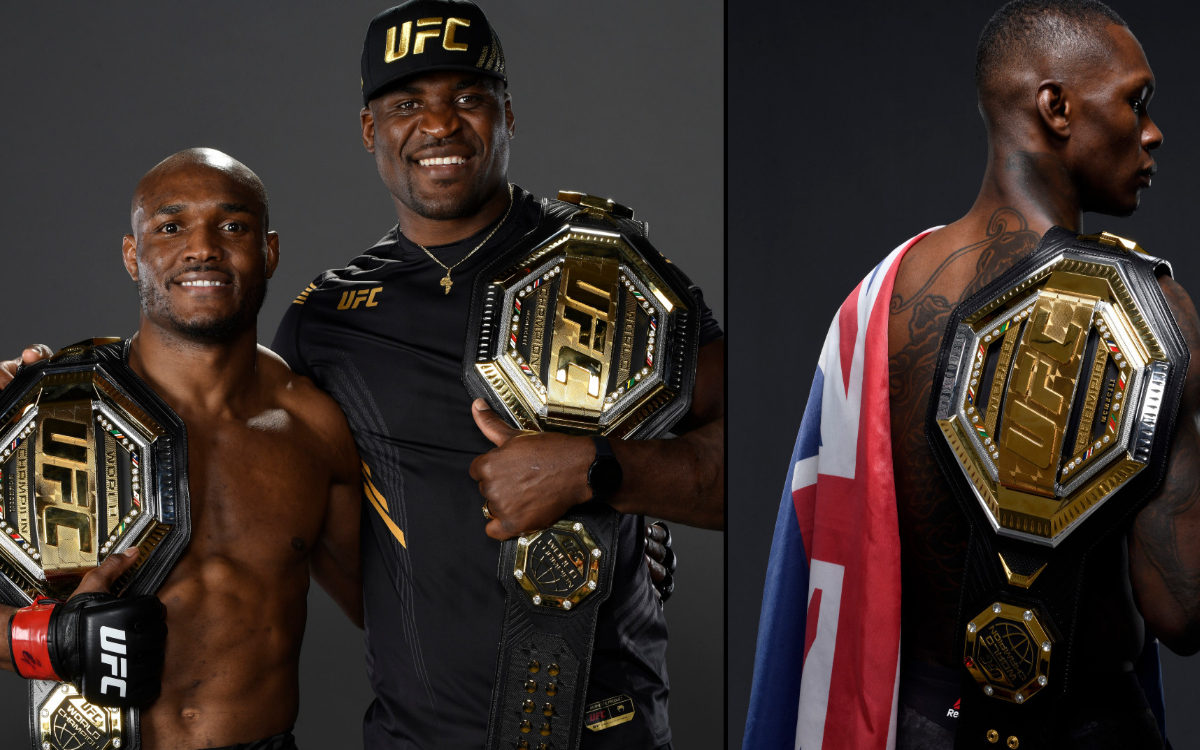 Welterweight champion Kamaru Usman has revealed that $100 million can make him fight his friend Israel Adesanya.

In his recent interview, Usman talked to Jim Rome about how UFC can make him fight Israel Adesanya and responded to Khamzat Chimaev’s callout.

Usman has made it clear that he won’t fight Adesanya unless Dana shows huge money.

“I’ve said it before, Adesanya’s a fellow Nigerian. A good guy. I like him; I like his approach. I’ve said it — I’d rather two Nigerians have belts than one Nigerian with two belts.”

Kamaru Usman also addressed Chimaev’s callout, and He believes he is the best and pound-for-pound king, and that’s why everybody keeps calling out his name.

“There’s a reason there’s a structure to get here, So he’s done great with the opposition that he’s been presented, and by the time he gets here, once he gets here, of course we’ll have that conversation. But I am the champion. I am the pound-for-pound best in the world. I am the king of the castle. Everybody wants a piece of me. So that’s good. I like that.”

With that being said, what do you guys want to see Kamaru Usman Vs. Israel Adesanya or Usman Vs. Chimaev?