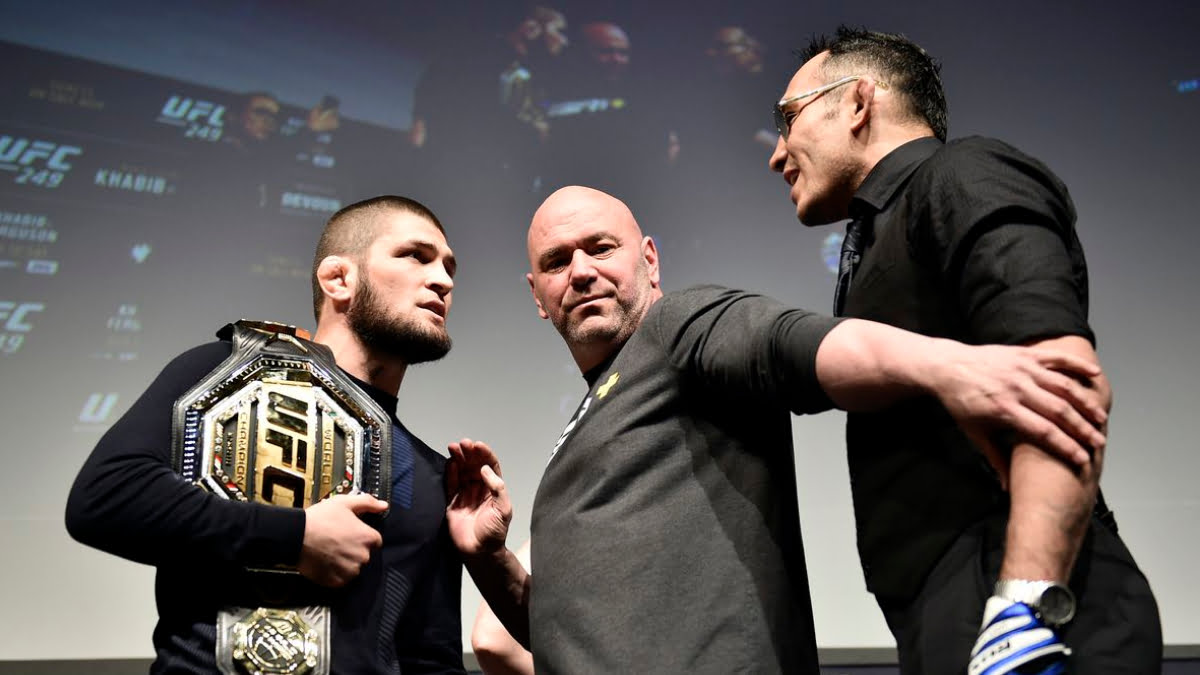 With recent happenings in UFC world, Every fans dream of watching Khabib Nurmagomedov and Tony Ferguson inside same cage might come to the fruition under “The Ultimate Fighter.”

Khabib Nurmagomedov has himself previously suggested the idea of he and Tony Ferguson coaching upcoming season of TUF Would produce a great content for UFC.

Even the idea has got approval of UFC President Dana White. “I’ll consider it, I will absolutely entertain that idea.” Dana told Barstool Sports.

In one of his recent tweet, Tony Ferguson attempted to remind Khabib to get over his world tour and face up the real coach challenge against him. But he instantly got trolled by GOAT Khabib Nurmagomedov.

In response to Tony’s tweet, Khabib Wrote “I’m waiting for you to wake up.” He was obviously referring to Tony’s recent KO loss to Michael Chandler. Check out their following conversation.

ESPN + is currently streaming the 30th season of “The Ultimate Fighter.” Over the years of producing great content, Dana White always had special place for this reality show. Also, Dana White has made many attempts previously to bring back Khabib, So this could serve him as a opportunity.

“Hopefully, they’ll get pissed off enough at each other that they’ll actually want to fight.”