Joe Rogan on Paulo Costa’s situation “Izzy just lit him up like a Christmas tree.” 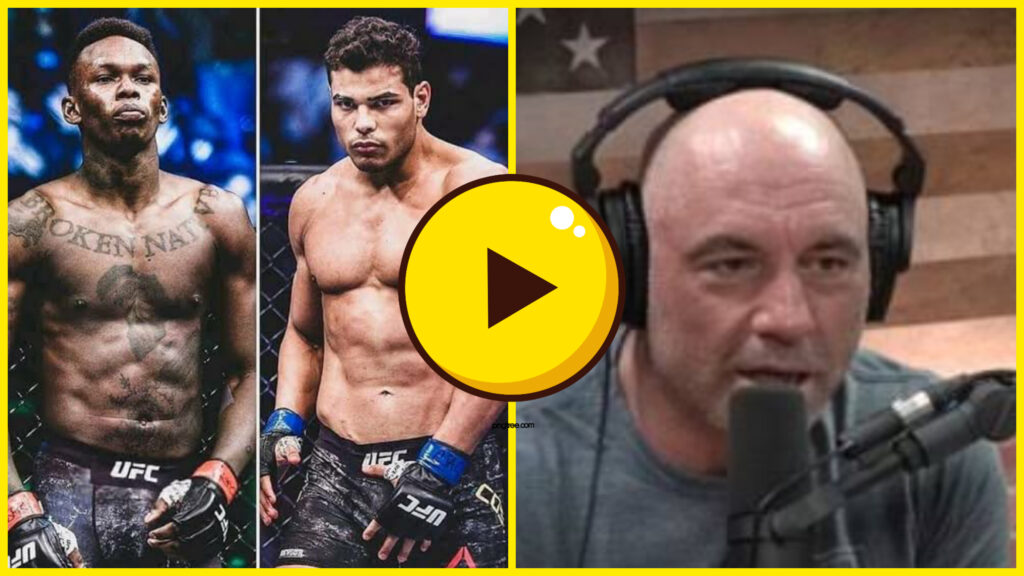 Joe Rogan has recently pointed out that Paulo Costa’s second-round TKO loss to middleweight king Israel Adesanya in their UFC middleweight title fight took a mental toll on him.

His next fight was arranged to be a middleweight spell versus Marvin Vettori at UFC Vegas 41 in October 2021, where he had a messed-up situation in making weight.

In the latest episode of the JRE (Joe Rogan Experience) podcast, Joe Rogan touched on the issue of Paulo Costa’s missing weight and his loss to Vettori, both of which transpired after his loss versus Adesanya.

The UFC commentator highlighted that, among other justifications, Costa blamed his loss against the champ on drinking way too much wine the evening before the fight. Rogan specified:

“I think Adesanya’s fight took a real toll on him mentally. There were so many excuses. And it was the way that Israel beat him.” Said by Rogan.

“I mean, Izzy just lit him up like a Christmas tree. And that was not a competitive fight by any stretch of the imagination.”

Rogan added, “And I think when you’re a guy who steamrolls everybody, and walks down Yoel Romero, and you look like a destroyer – And then this skinny dude just lights you up, and f**ks you up, and then dry h**ps you from behind while beating you up.”