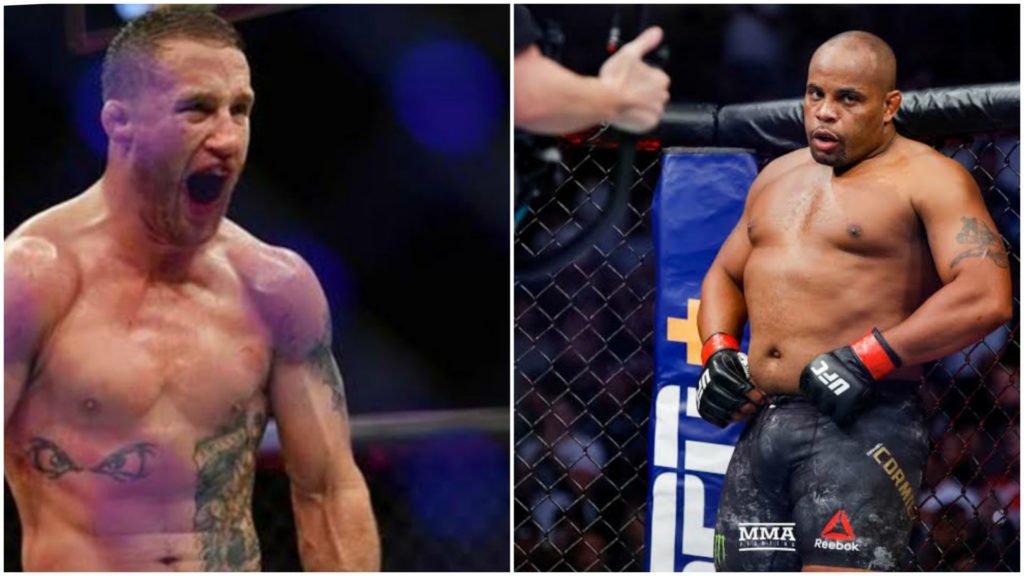 Daniel Cormier has always been criticised by many for his one sided commentary towards his friends and teammates.

This time Justin Gaethje has mocked DC for discrediting him while asking a question in octagon interview to Islam Makhachev.

DC has also replied him with one of his tweet saying “I can’t fight you, but Islam can my guy. You just go and do what you do next week. You may be safe I’m not sure champ”

Furthermore, Justin explained why he said those harsh words to DC, He believes DC made Islam to call out his name in octagon interview.

To calm down the heat, DC said “I literally asked why he should get title shot over you? Because he has to convince he deserves to jump you.” He also continued by saying “Hell I thought you should have been in the fight with Charles. Have said it publicly. Calm down highlight , you’re my favorite fighter.”

Daniel Cormier and Justin Gaethje has always had good relationship with each other. But this sudden change in the behavior from Justin was expected when DC asked why he should get title shot before Gaethje or Chandler.