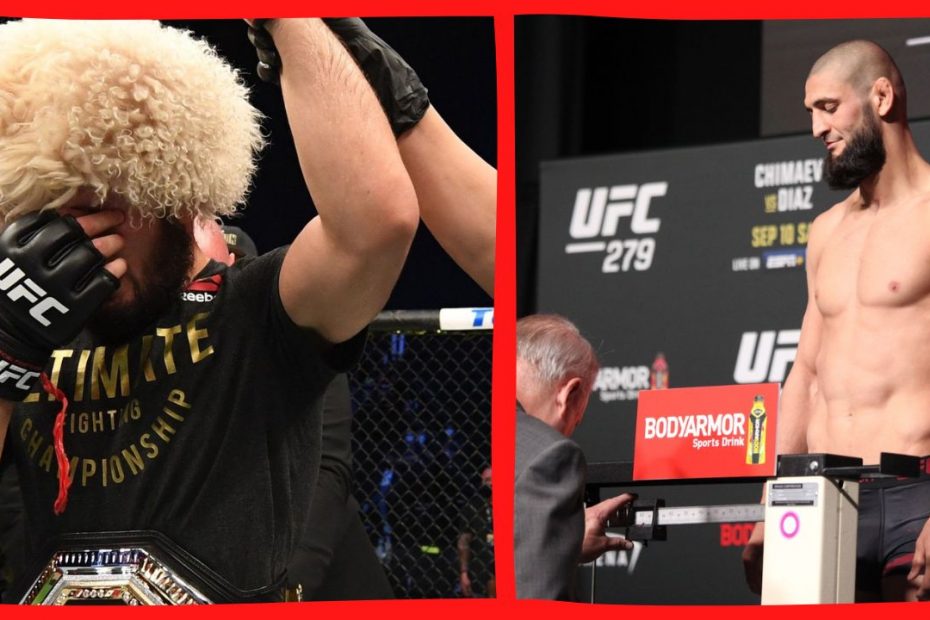 UFC’s rising star Khamzat Chimaev has responded back to Khabib Nurmagomedov‘s critical comments about his weight cut issue at UFC 279.

Talking to the reporters in one of the charity events, former Lightweight champion Khabib Nurmagomedov has criticised Chimaev for not hanging out with good people.

“If you are a Muslim, you should have good people around you”

“I recently watched the weigh-in of Khamzat Chimaev. I followed what was happening with his weight and looked at his team. There are no Muslims around him and this is very bad.”

“Because if you are a Muslim, you need good, strong people around you that will say ‘Come back, do this.”

However, Chimaev didn’t seat quite. after reading the comments Nurmagomedov instantly responded on Twitter.

Khabib’s weight cut suggestion was interesting as he himself struggled to make weight for most of his career. He narrowly missed weight by 2.5 pounds during UFC 160. He was admitted to hospital after cutting weights to face Tony Ferguson at UFC 209.

Tell us your thoughts in the comment box below, also tell us what you think about Chimaev’s weight cut issue at UFC 279.