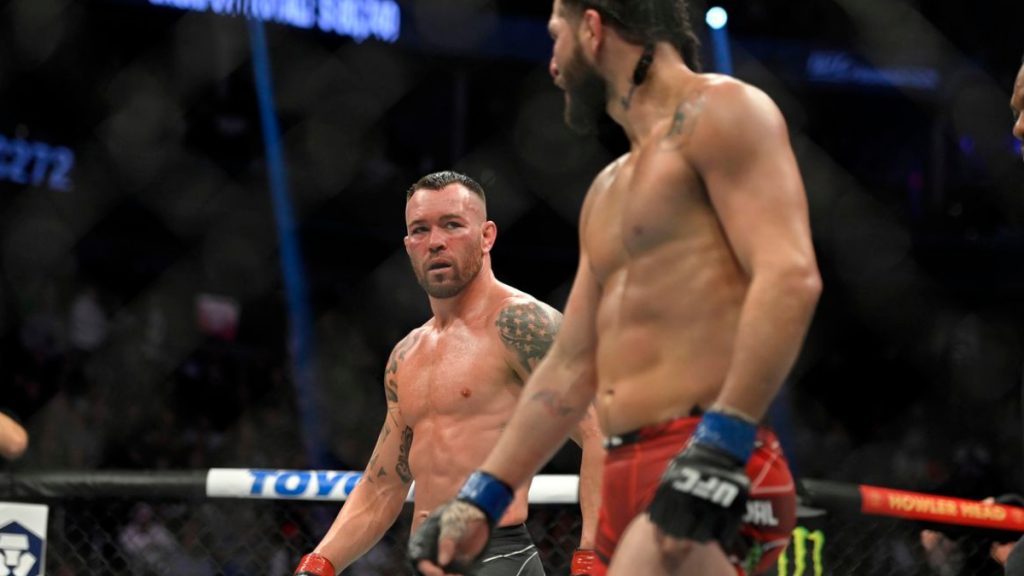 Jorge Masvidal has shared his thoughts on Colby Covington’s trash-talking game. He believes it doesn’t help in selling PPV for him.

Speaking to Ariel Helwani on MMA Hour, Jorge Masvidal opened about Colby’s heel nature. He believe such attitude of Colby Covington is the reason nobody’s backs him up, not even the promotion (UFC).

“Fans and audiences, nobody cares for Colby. There’s not a person that lines up for his meet and greets, and that type of behavior and promotion, not a lot of people get behind it,” Said by Masvidal

He continued criticizing Covington, “They’ll watch the fight and stuff because half of them are rooting for this guy to get his jaw broken, and the other half are just f*cking drunk in the moment, but I don’t think that promotion sits well with a lot of people.”

Masvidal did not stop there, He further addressed Colby’s personal attack on his family and highlighted the sale of Colby’s recent PPV.

“You see his numbers are continuously some of the worst in the f*cking league, and it’s for a reason… Real men aren’t not gonna attack women and children. It’s beneath us. As much as I might dislike somebody, I’m not gonna talk about their kid, even if I knew that that would hurt him,”

Masvidal and Colby are currently involved in legal battle, Colby has pressed charges on Masvidal for his physical attack after their fight UFC 272.