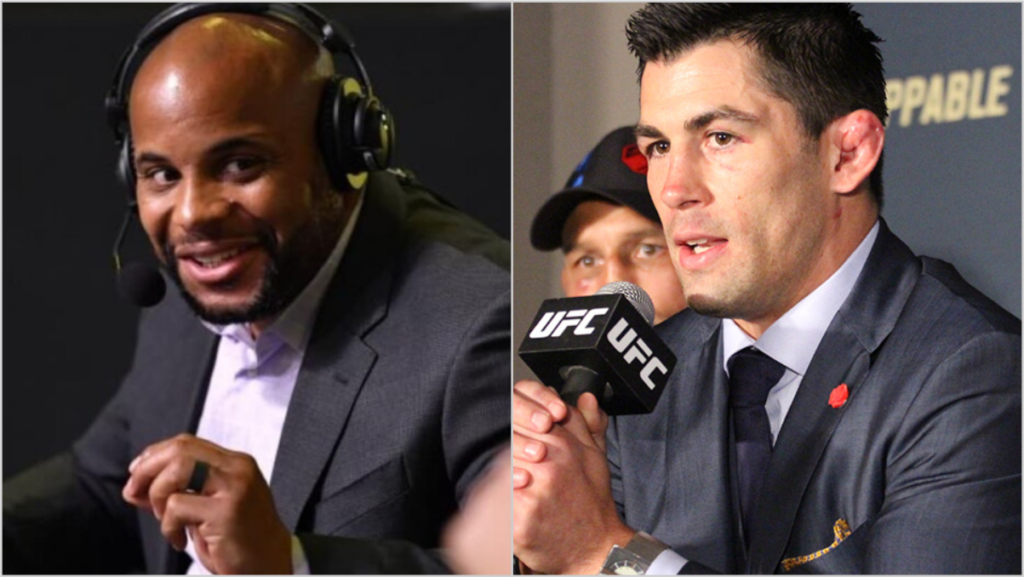 Former bantamweight champion Dominick Cruz discussed his comments criticizing Daniel Cormier before UFC 269. In the lead-up to his fight with Pedro Munhoz, ‘The Dominator was a harsh critic of Cormier’s commentary, and he accused Cormier of not getting his homework done for the fights.

Cormier’s commentary feud started when Dom said “”When it comes to DC, I usually mute it. I love DC, he’s my friend, but to me from my experience, he doesn’t do the homework.” To which Cormier said that he should’ve not said that in public.

Speaking to Ariel Helwani, Dominick expressed his emotions; now he is regretting what he has said, “I never really regret what I say, because it wasn’t mean. I was very loving. What I regret, I guess, is where I said it. Maybe I shouldn’t have said it (at media day) because then that allowed the media to take it and do whatever they wanted wit

Dominick Cruz further clarified that he does not hate on him. He loves him, and he just wants him to do his homework while commenting on the fights.

“You and me both know I love Cormier, you love Cormier.” said Dominick Cruz. “How do you not love Cormier? He’s got a personality, a cult. This was a completely different conversation we had. … The point is what is the job of a caller analyst. Well, is it just to know of the top of your head what these guys do? Like put yourself in their position Cormier, would you want somebody to watch film before you fight?”

Next fight of Dominick Cruz?

Dominick Cruz has shown interest in fighting his long-time opponent Jose Aldo, But considering what Aldo has done in his previous three fights, Aldo should get T.J Dillashaw or Petr Yan.

For Dominick, Rob Font, Frankie Edgar, or Sean O’Malley would be best. I think Sean O’Malley can bring him to the main card or main event on fight night.

What do you guys think about this Cormier commentary controversy, and who would you like to see Dom fighting next? Comment down in the comment box.