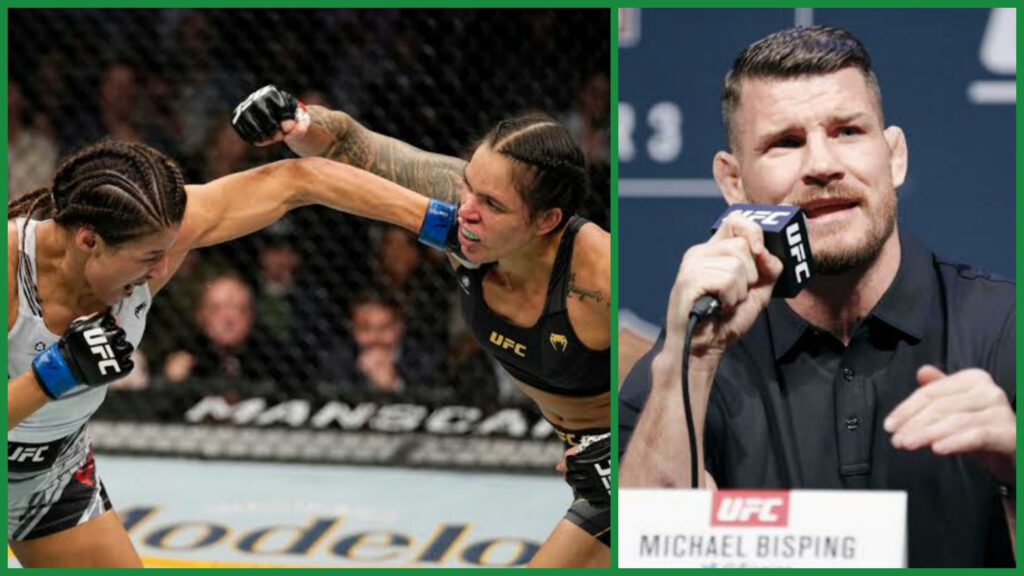 Former UFC middleweight champ. Michael Bisping has weighed in on a potential rematch between Julianna Pena and Amanda Nunes.

Speaking in a live Q&A session on his YouTube channel, Bisping asked about his thought on the rematch between Nunes and Pena.

Michael Bisping thinks that Nunes would score an effortless victory over Pena if the two ever concerned share the octagon again.

“I personally think that Nunes wins that rather easily.” Said by Bisping, “Julianna’s a very tough lady, she’s very good and she beat Nunes fair and square.”

“But not in the first round. [Amanda Nunes] got tired and she gassed. I don’t know what it was.” Bisping added.

“Maybe I’m giving too much stock to Amanda Nunes. Maybe I’m being unfair to Julianna Pena. If I am, I apologize. I guess we’re only gonna know when they have the rematch. We’ve all got opinions, you know. So, we’ll see what happens.”

Indeed Nunes had good moments in the first round of their fight, but Pena did make her tap in the second round mostly becauseof running out of gas.