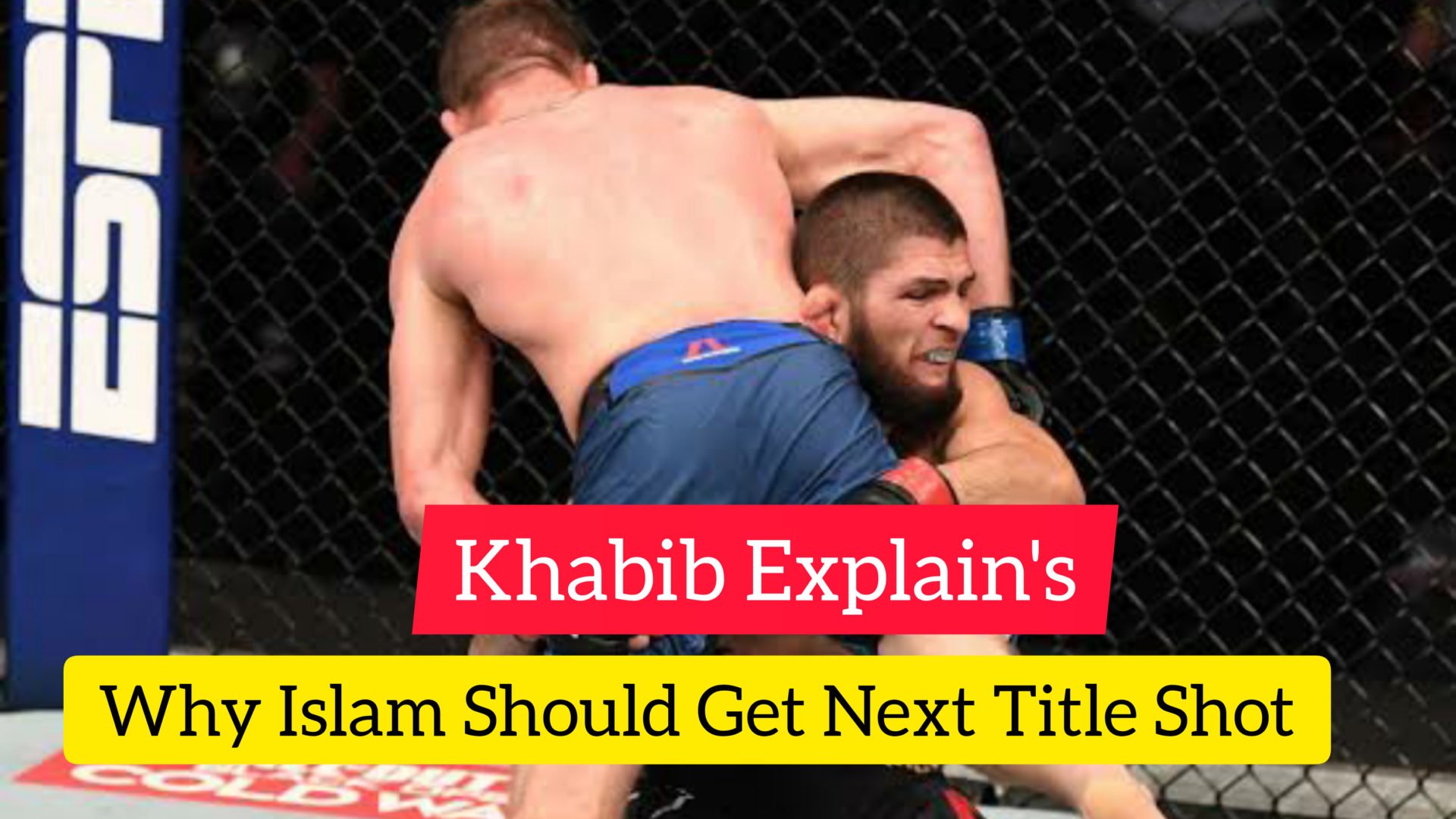 Khabib Nurmagomedov has once again came in to support his cousin brother Islam Makhachev.

Khabib took it to the twitter to explain critics and people why his brother Islam Makhachev deserves the title shot over Justin Gaethje.

Khabib criticized Justin Gaethje for claiming title shot after his win against Michael Chandler. “In Last 8 Fights, you got finished 3 times Justin. You had an opportunity to become champion but you fell asleep.” Wrote by Khabib Nurmagomedov on Twitter. He further argued how Islam deserves the title shot over Justin “Islam is on the 9 win streak, 3 fight in 2021 and all finishes. Just shut up and admit that Islam deserves this title shot, not you.”

However, at this point of time it is made clear by UFC that who should face winner of Oliveira Vs. Poirier. Although fans would like to see Justin Gaethje to get next title shot.

I mean, how can you deny title shot to a guy who had that kind of performance at UFC 268. I believe Islam needs to fight one or two guys in the top 5 to make his claim stronger.

Islam has only fought two guys in top 10 and he wants title shot? I dont think this is how the matchmaking at UFC works.