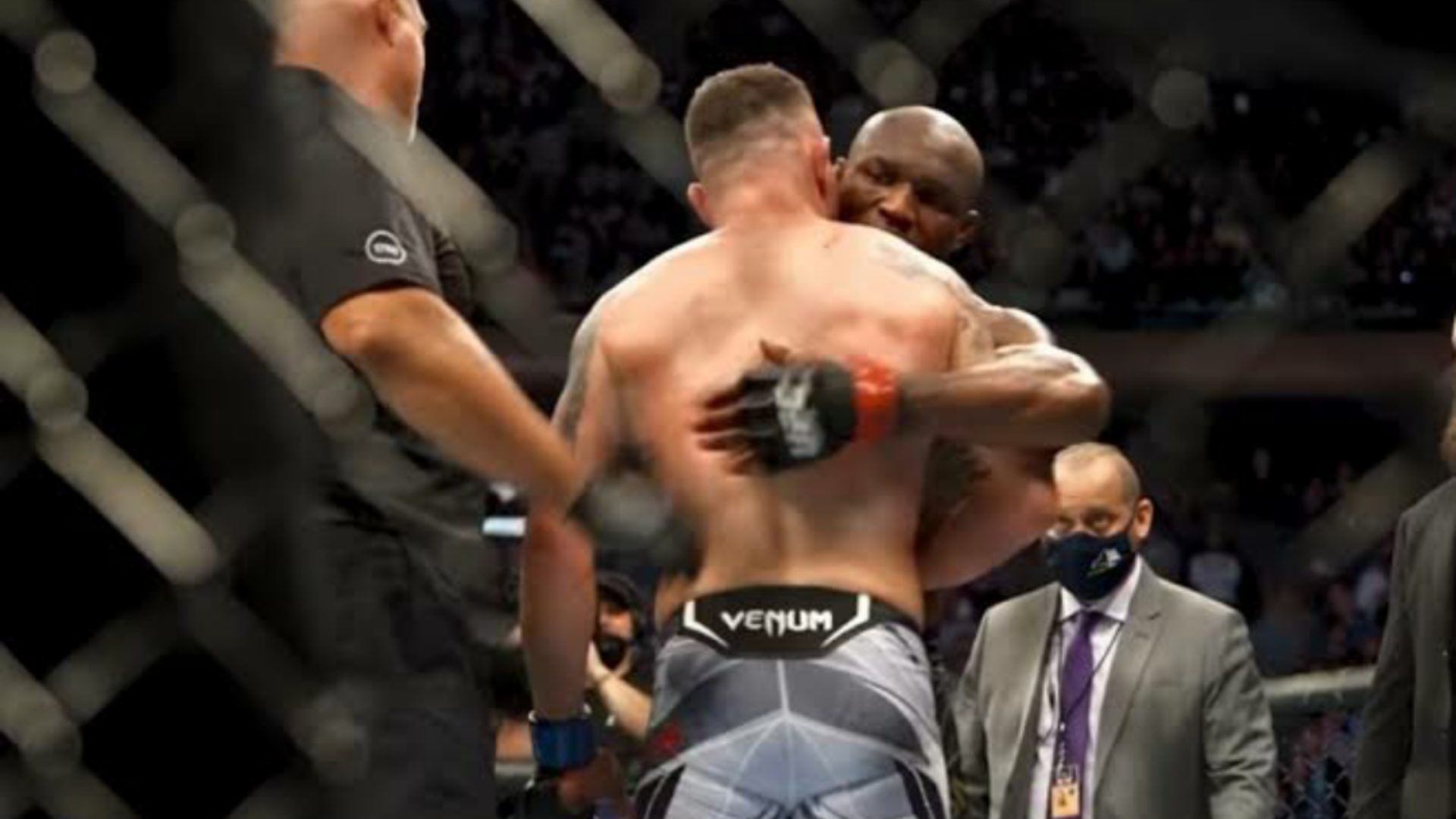 May be this is the first time we see Colby “Chaos” Covington breaking his character in the public.

At UFC 268 Kamaru Usman defeated Colby Covington by unanimous decision. Their was much trash talk before the fight. Specially from the Colby Covington.

However, Colby changed his tone when the fight was over.

Check out this interaction between the two fighters immediately after the conclusion of the bout.

“You know i was trying to sale the fight” Said by Colby Covington, to which Usman reply “I know” Then Colby says “It’s all love” and they both hug each other.

Isn’t it a moment of the year? Man, It’s so good to see the real face of Donald Trump’s favorite fighter Colby Covington (People’s Champ).

Let us know in the comment box below, What you guys think about this version of Colby Covington?