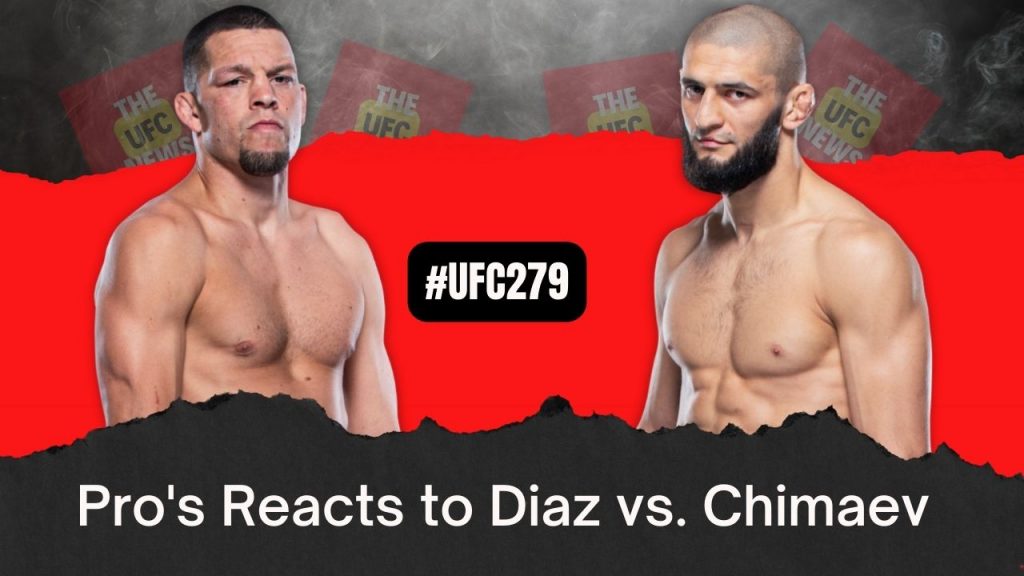 Fans and MMA Pros rejoiced once again when it was revealed that Nate Diaz & Khamzat Chimaev had verbally agreed on final showdown at UFC 279.

This is Diaz’s last fight in the UFC deal. He has no plans to resign. He indicated that he may be able to box against Jake Paul.

This will be Nate Diaz’s last fight under his current UFC contract. He already hinted at a fight with Jake Paul in boxing, so he will not be renewing his UFC contract any time soon.

It is a five-round fight that will headline UFC 279 in Las Vegas. This unexpected event has received many reactions from MMA Pros all over the world. Let’s check them out.