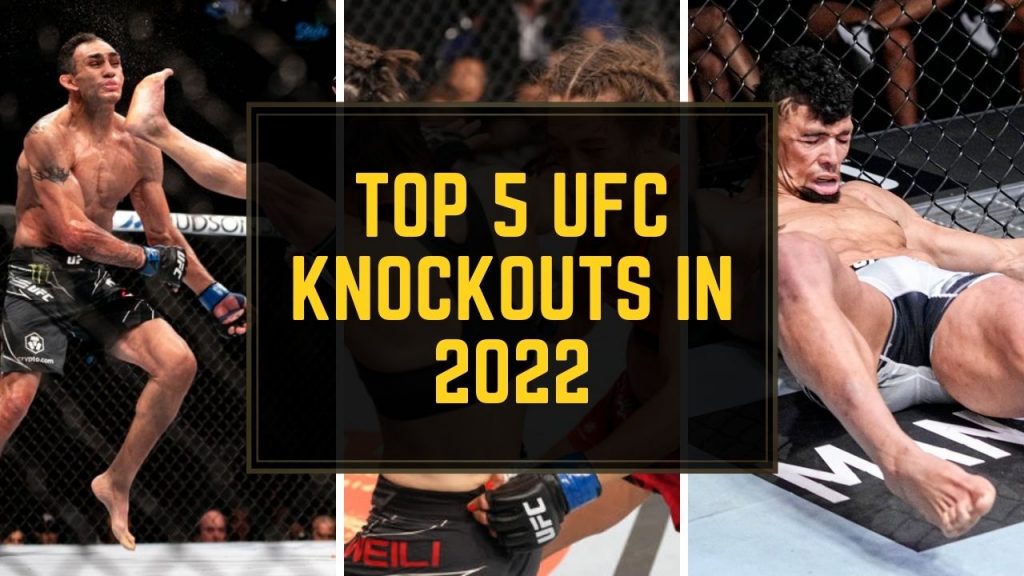 The Ultimate Fighting Championship has till date presented us 21 entertaining events in the initial quarter of 2022, of which 15 were regularly scheduled Fight Night shows and six were pay-per-views.

In the course of these fight card events, fight fans witnessed some amazing knockouts.

The sport of MMA appears to be reaching a new standard with each passing year. The talent and skill of fighters continues to grow as the sport continues to make it’s mark in the world scene.

In this article we will be ranking top five best Jaw-dropping knockouts of 2022.

In the very first minutes of the fight at UFC Vegas 48 at the Apex facility. Jamahal Hill took over the middle of the cage which forced Johnny Walker to backpedal.

Walker was able to avoid the majority of Hill’s attacks early on and even came up with several good combinations that he had created his own.

Hill changed his stance, and hit an overhand right that was perfectly timed and sent Walker falling to the ground.

At UFC 271 two of the biggest names in the sport were at war in a heavyweight fight in the ring. UFC veterans Derrick Lewis, who was ranked No.3 prior to the bout, faced australia’s Tai Tuivasa, who sat just outside of the top 10.

The relentless pressure of Tuivasa made it impossible for Lewis to get out from the fence. The Black Beast’s back was towards the cage “Bam Bam came in with an explosive elbow. It was the last blow that ended the battle.

Zhang Weili proved to be the better-rounded martial artist in the rematch at UFC 275 against Joanna Jedrzejczyk.

She dominated Joanna Jedrzejczyk’s wrestling skills in the opening round.

The next round Jedrzejczyk increased her pace and began chasing Weili in the circle which proved to be an injudicious move.

After joining the world’s most prestigious MMA promotion McCann was unable to defeat her foes and relied largely on her hefty striking power to beat opponents.

This knockout is one of our favorite and as you can see in the footage how vicious it was.

In UFC 274, Michael Chandler was matched against Tony Ferguson in a highly anticipated lightweight fight.

Both fighters were hoping to snap their losing streaks and climb back into the win column.