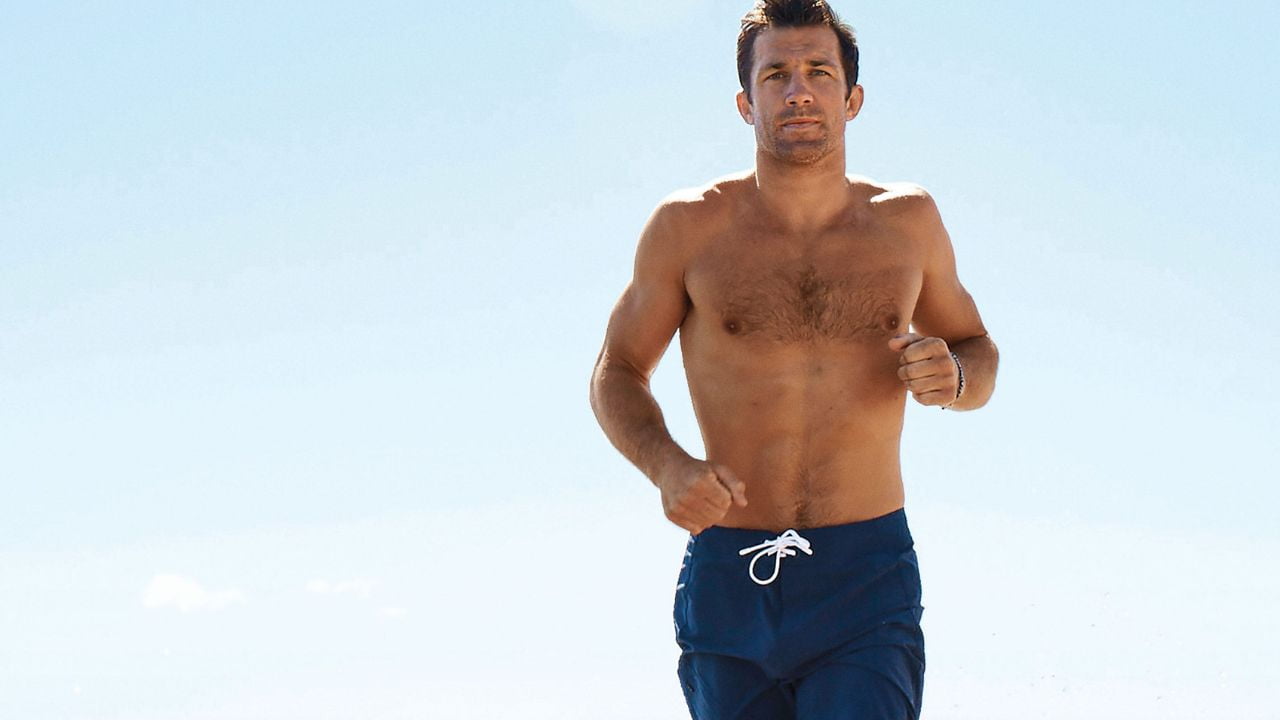 Luke Rockhold net worth in 2022 is estimated to be around $3.2 Million, Luke has made most of his net worth from his fighting career in UFC & Modelling Career.

Luke Rockhold is a former middleweight champion having total career earnings of $2,290,925. Rockhold is one of the nicely paid athletes in UFC with an average salary of $200,000.

In this article, we will be discussing Luke Rockhold’s net worth, next fight, salary, MMA record and modelling career.

Luke Rockhold is the former and last Strikeforce Middleweight Champion. He defended his title two times before strikeforce merged with UFC.

He trains at American Kickboxing Academy along with his friends Daniel Cormier, Khabib Nurmagomedov, Islam Makhachev and Cain Velasquez.

Luke Rockhold’s next fight is scheduled against Paulo Costa for his move back to middleweight. It will be taking place at UFC 278 on August 20, 2022.

Luke Skyler Rockhold is a 37-year-old American professional mixed martial artist. He has competed in the Light Heavyweight division and currently competing in the UFC’s middleweight division.

Rockhold is also a skateboarder, surfer, and professional model who has been a model at New York Fashion Week and the model for Ralph Lauren’s “Polo Blue” fragrance.

According to various sources, It is estimated that Luke Rockhold has career earnings of $2,290,925 throughout his fight career in MMA.

In his last UFC appearance, Luke Rockhold fought former champion Jan Blachowicz at UFC 239. Despite losing the bout he earned $210,000, including his base salary of $200,000 and $10,000 fight week incentive pay.

At UFC 221, Luke Rockhold challenged Yoel Romero for the middleweight title. Unfortunately, he suffered a KO loss in round number three.

It was his last victory in UFC, Luke defeated David Branch by second-round knockout.

Luke Rockhold had never married anyone but he ​Rockhold had a relationship with Grammy Award-nominated singer and actor Demi Lovato for several months in the latter half of 2016.

He has also been a model for the New York Fashion Week.

Luke Rockhold was born on October 17, 1984, in Santa Cruz, California in an athletic family where his mother was a tennis player and father was a basketball player in UK.

While growing up he and his brother Matt Rockhold who is a pro-surfer now used to do lot of surfing together.

at the age of 6, Luke started training Judo then he quit school when he was 10 years old. then he started wrestling and stuck around it to make a career out of it.

Rockhold also revealed that he is of German, Irish and English descent.

Luke Rockhold has made his MMA debut In July 2007, against Mike Martinez with Melee on the Mountain promotion. he won this fight by armbar submission.

Rockhold was impressive during his strikeforce debut, causing his opponent to surrender from his punches.

he also went on to win the Strikeforce middleweight championship and defended his title two times.

How much is Luke Rockhold’s net worth?

Luke Rockhold net worth in 2022 is estimated to be around $3.2 Million, Luke has made most of his net worth from his fighting career in UFC & Modelling Career.

When is Luke Rockhold’s next fight?

Luke Rockhold’s next fight is scheduled against Paulo Costa for his move back to middleweight. It will be taking place at UFC 278 on August 20, 2022.

What is Luke Rockhold’s MMA Record?

How old is Luke Rockhold?

Where does Luke Rockhold live?

As of 2022, Luke Rockhold lives in Santa Cruz, California

How tall is Luke Rockhold?

No, Luke Rockhold has never been married but he has dated many famous personalities like Demi Lavato.