Dustin Poirier: “If His Leg Wouldn’t Have Broke I’d Have Broke His Heart” 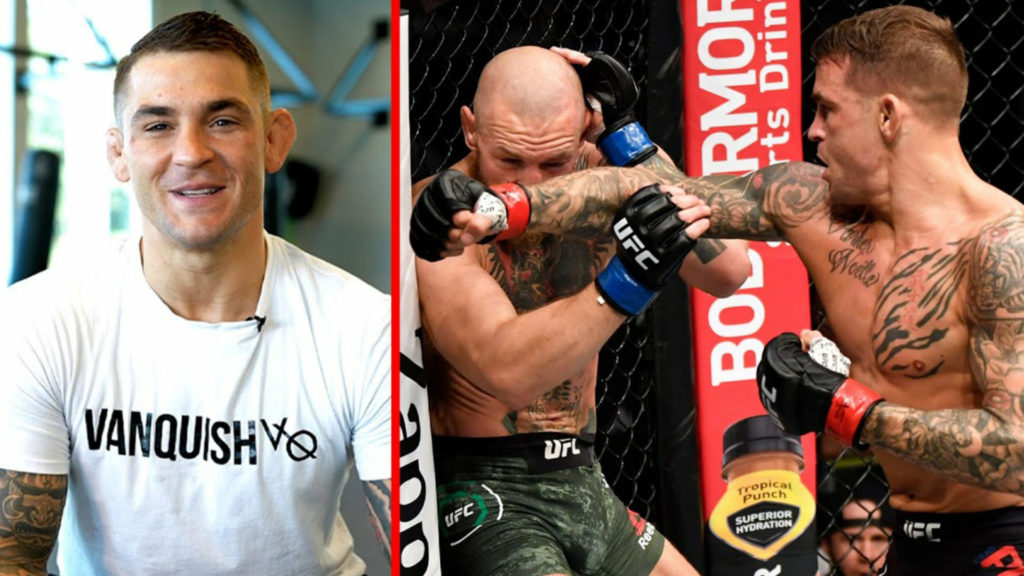 Even after two wins Dustin Poirier, Seems to have bad blood with his former opponent Conor McGregor.

Speaking on UFCs new video “Run it back,” Dustin recalled the moments from his trilogy with Conor McGregor.

Dustin said he was in complete control of the fight, and he would knock him out if they were fought in the second round. following is the complete quote from Dustin Poirier’s statement.

“If his leg wouldn’t have broke, I would’ve broke his heart,The fight was going bad for him. I was in full control, I saw that look in his eyes of desperation that I saw in Abu Dhabi. I was going to knock him out. He wasn’t going to fight five rounds with me.”

Conor has not yet replied to it, but the way he lives his life, we can say he will come up with a severe reply from his side.

Dustin and Conor were last fought at UFC 264 were in the early round. Conor hit Poirier with vicious leg kicks, and it had some impact on Poirier, but later in the round, he was touched by Dustin, and Conor went to attempt a guillotine choke but ended up on his back with Dustin on top. Somehow he managed to get back on his feet in the last couple of seconds but initially fell on his own due to snapped leg.

Conor is preparing for his comeback in mid-2022, and most probably, it would be against Dustin Poirier to finally settle their rivalry.