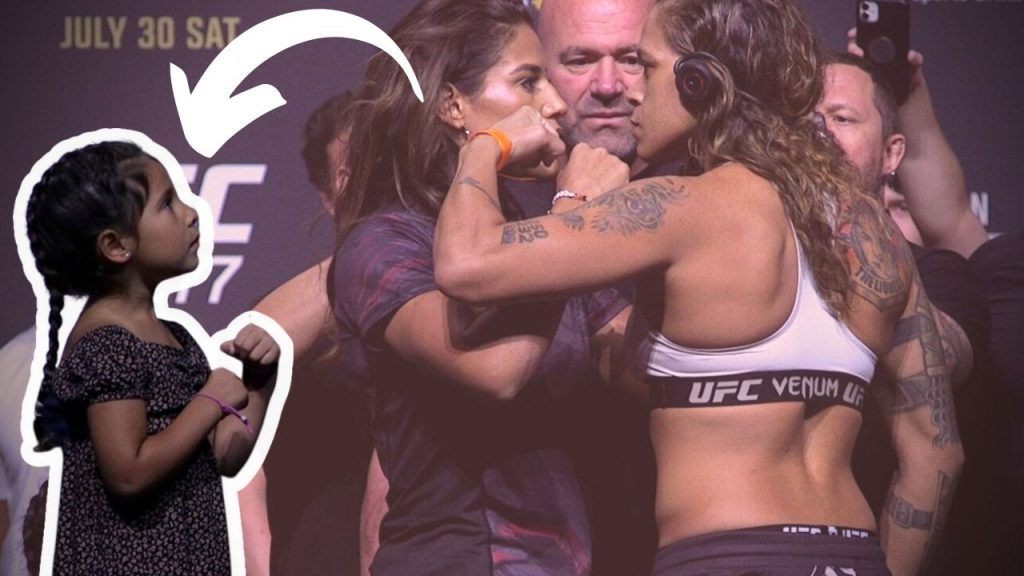 Yes, we have witnessed one of the greatest staredowns moments in UFC history. All props to Julianna Pena‘s daughter she had her mom’s back at UFC 277 staredown against Amanda Nunes.

To be honest I never had goosebumps in any UFC staredowns but this thing was real. Pena’s daughter went viral after this crazy, adorable moment.

Julianna Pena will be defending her title for the first time against Amanda Nunes who also has a beautiful daughter.

Both fighter’s daughters shared a moment at UFC 269 was also went viral which was shared by Ariel Helwani.

Doesn’t matter who wins at UFC 277 tonight, Pena’s daughter has already won many hearts with this moment.

Now, I Can’t wait to see what Conor’s son Conor Jr. does at his dad’s next appearance. That will be an interesting one.