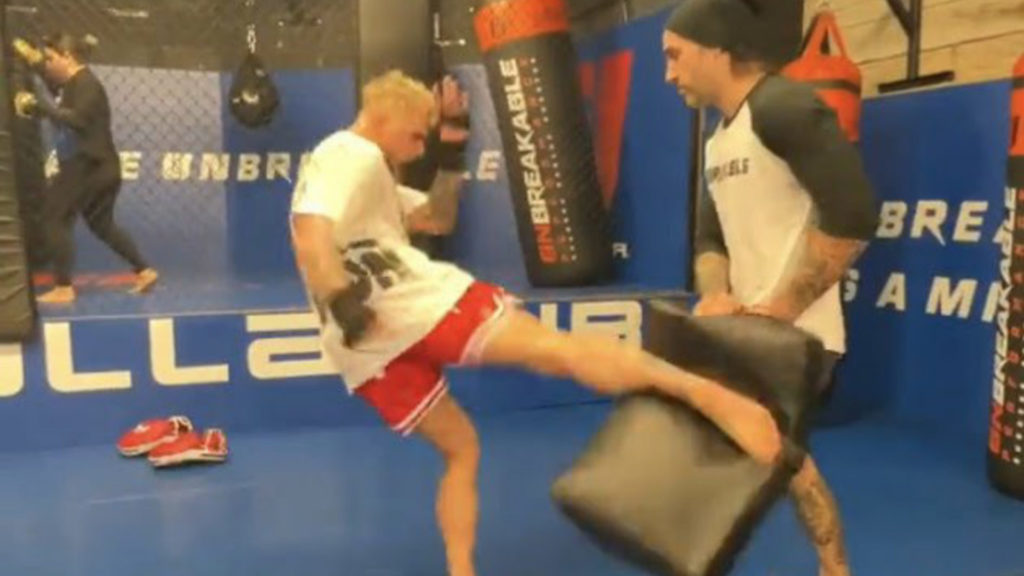 According to MMAmania.com, Jake Paul is currently in talks with MMA promotions like PFL and Bellator.

Recently, He shared his leg kick training on twitter’ “1st day training kicks. Doubted every step of the way.. but kick down the doors of the doubters. @bellatormma @pflmma“

Paul, a Division-1 wrestler out of Ohio, is anticipated to train at AKA gym in San Jose. He also claimed that he would be trained by Team Khabib & Daniel Cormier in the past.

Paul’s MMA move came after him being challenged by many UFC fighters like Jorge Masvidal, Nate Diaz, Colby Covington, and after his recent feud with Dana White.

Paul is presently under contract with Showtime boxing, and his rumored mixed martial arts deal is not anticipated to hinder that arrangement.

On top of that, there appears to be little seriousness to get Paul back inside the ring despite an urgent plea from competing Tommy Fury.

With that being said, Tell us in the comment box weather you would like to see Jake Paul fighting in MMA or not?