Jon Jones Vs. Jake Hager grappling bout in the process 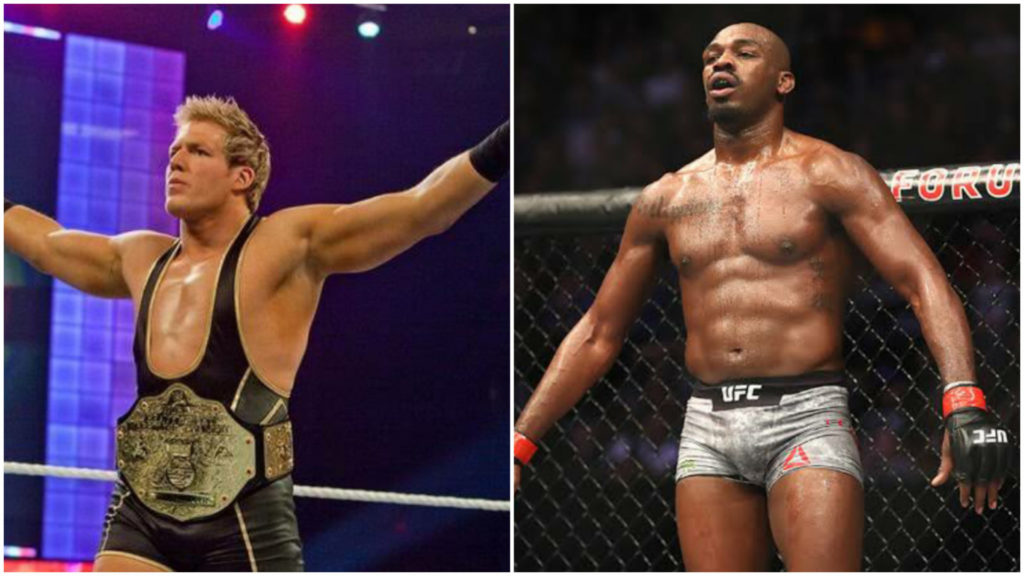 However, shortly after Jones announcement Jack Swagger revealed that their is no terms and contract is signed yet, But he is optimistic about the bout if terms are good.

On saturday night, Jones revealed in one of the deleted tweet that he will be taking on undefeated Bellator heavyweight & WWE superstar Jack Swagger in a grappling match.

To which, Swager replied that “First of all it’s @AEWonTNT and undefeated @BellatorMMA heavyweight Jake Hager, secondly no terms have been discussed or contract signed. We can talk if terms are right.”

Jack Hager is a NCAA All-American and having the single-season record of most pins in the 285 lbs. weight class. On other hand Jones was a National Junior College Athletic Association (NJCAA), an All-American and National Champion (2006).

If it was announced by the Jones, then it will happen whenever they comes to an agreement. For further update on this situation follow us on the twitter.com/theufc_news.