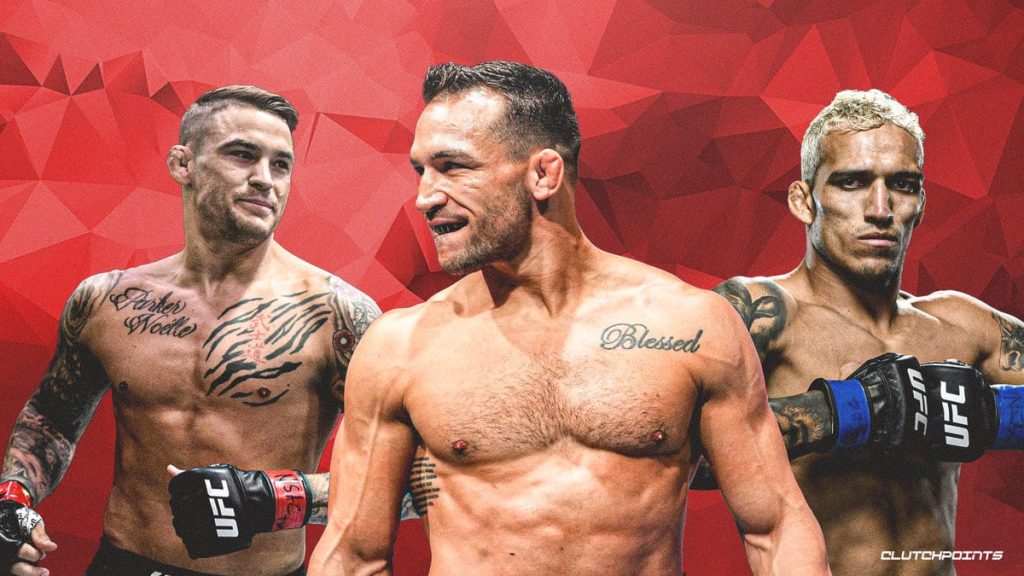 Michael Chandler has given us his thoughts on why he ignored Dustin Poirier in his recent series of callouts.

Chandler has been very actively calling out some big names post his impressive victory over Tony Ferguson. He called out Charles Oliveira, Conor McGregor in his post fight callout.

He also talked about Nate Diaz, Beneil Dariush & Islam Makhachev but he never mentioned name of Dustin Poirier who is also another big name in the lightweight division.

Speaking on recent episode of The MMA Hour, Chandler has explained why he is not interested in Dustin Poirier as a potential next opponent.

“Is Dustin a draw? I guess he is the No. 2 guy. … But he’s kind of just stayed at No. 2 and I don’t know how active he’s gonna be, But I did see that he tweeted that I was saying everybody else’s name but his, as if I didn’t want to fight him because of technical reasons but it was more that I forgot about him, to be honest with you.”

To be honest, There is some truth in Chandler thought. Even in the past Poirier himself admitted that he is not sure about how much and how often he wants to fight.

But, at the same time Chandler had opportunity to take on Dustin Poirier and become number one title contender.

With that being said, Who do you guys think Chandler should fight next? Tell us in the comment box below.