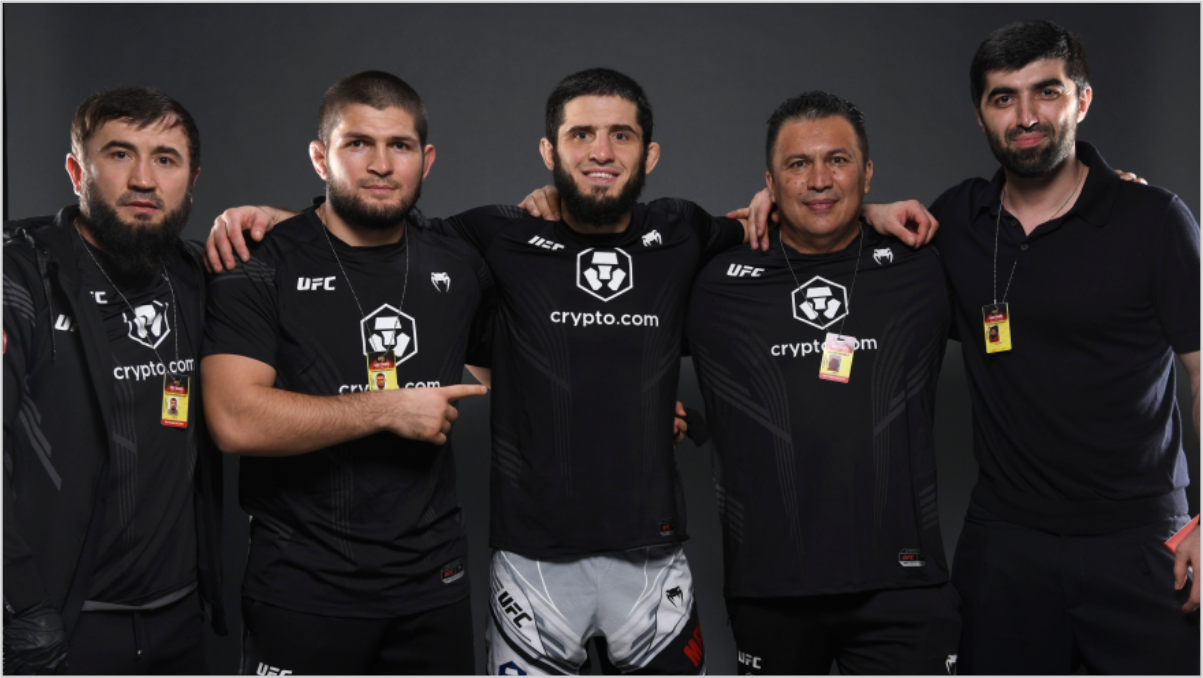 Khabib Nurmagomedov has revealed the lucrative offer made by UFC, Which made Makhachev & Dariush agree to fight.

According to ESPN’s reporter Brett Okamoto, The UFC has finalized Islam Makhachev Vs. Beneil Dariush bout to headline the Feb. 26 event.

Makhachev is looking unstoppable since his unlucky loss in 2015 against Adrino Martins. He is currently on a nine-fight win streak with impressive victories over Dan Hooker, Gleison Tibau, Drew Dober & Thiago Moises.

On the other hand, We have Beneil Dariush, Who also has built an impressive fight resume with a seven-fight win streak.

They both are managed by the same manager Ali Abdelaziz, and at some point, it was hard to believe that they would be placed in front of each other to fight. But UFC president Dana White knows how to make fights with lucrative offers.

Speaking to ESPN, Khabib Nurmagomedov has revealed what UFC offered to make this bout happen. “And Beneil and Islam, this is truly and 100% number-one contender fight. Who’s gonna win, they gonna fight for the title. And UFC told Islam (this),” According to Khabib, whoever wins the bout is guaranteed to get next title shot.

But that’s not it; Khabib also revealed the money bonus awarded to Islam Makhachev if he finishes Beneil Dariush. “And you know what’s interesting? If Islam finish him, they gonna give him double bonus. And you know, it’s very interesting,” Said Nurmagomedov

Guaranteed title fight and a double fight bonus; who’s going to refuse that, right? Once again, Dana White has proven why he is Dana White, the number one fight promoter in the entire world.

Let us know in the comment section below; what you guys think of UFC’s offer to Islam Makhachev for this bout?