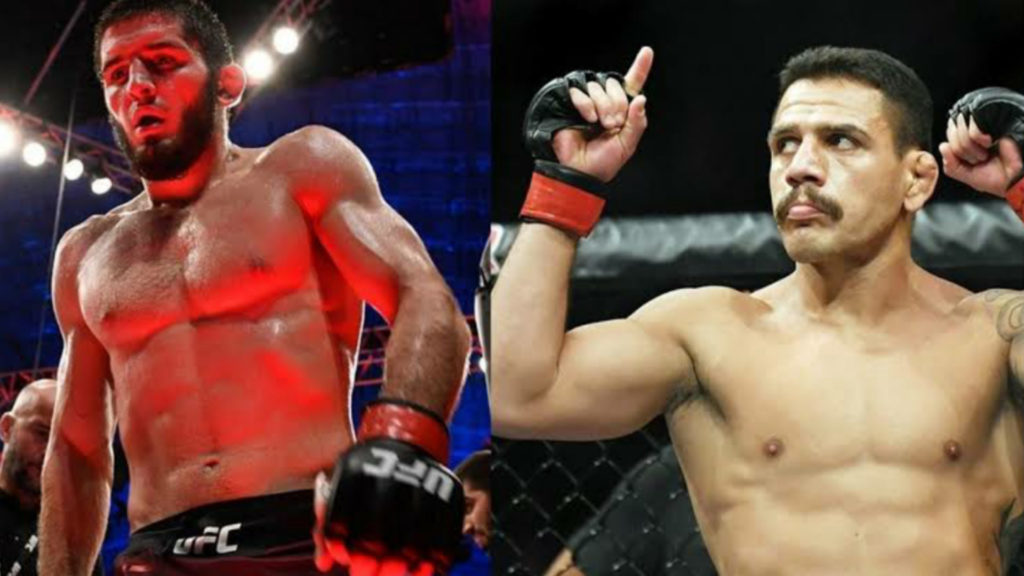 Rafael Dos Anjos has told Islam Makhachev to keep his name out of his mouth and also called him Khabib wanna be.

They both where scheduled to fight at UFC 267 but due to an undisclosed injury Dos Anjos was pulled out of fight and was replaced by the Dan Hooker.

Feud between them started when Makhachev accused Dos Anjos of faking the injury to avoid him. Recently Makhachev took it to the twitter to troll Makhachev. Pointing at the backstage feud of Dos Anjos & Conor Mcgregor, Makhachev wrote ”There was no security around you man”

After that kind of insult, Dos Anjos has to reply. Shortly after Islam’s tweet Dos Anjos tried to show Islam his face by questioning the hype behind him. “How many champions have you fought? How many main events? You only getting the hype because of your brother. Get my name out of your dirty mouth Khabib wanna be.”

Currently Islam Makhachev is ranked at number four & Rafael Dos Anjos is ranked six in the division. Looking into the close distance in the ranking, we cannot dismiss the chances of them fighting somewhere in near future.

Recently, there have been talks of Islam Vs. Dariush on Feb but both of them are manged by the same manager Ali Abdelaziz and there are high chances of the fight being getting cancelled and may be given to Dos Anjos.