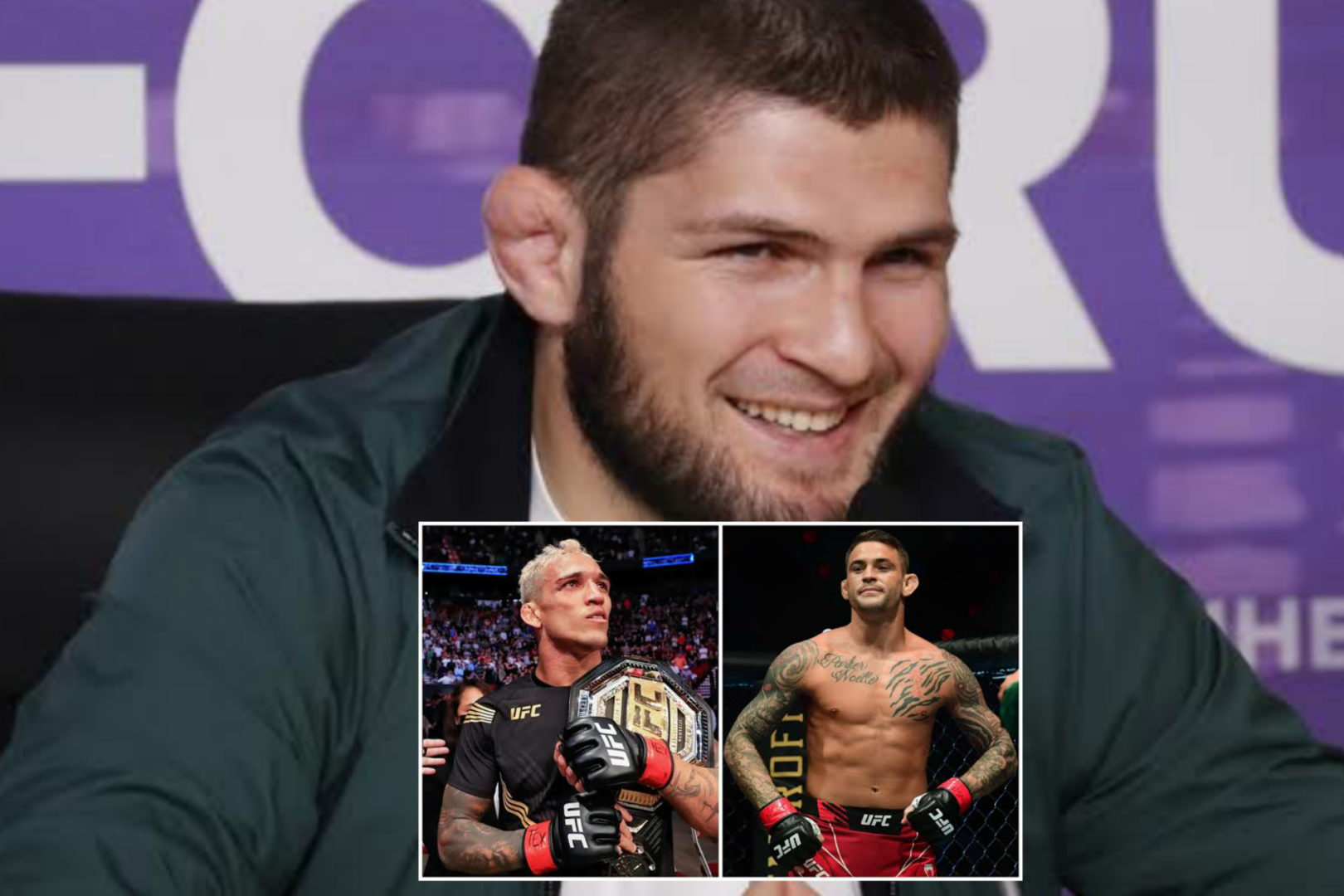 Former UFC Lightweight Champion Khabib Nurmagomedov has given his pick for the upcoming Lightweight championship Oliveira Vs. Poirier.

Who else would be better than Khabib Nurmagomedov for predicting a lightweight title fight, especially after dominating the lightweight division for so long time.

Nurmagomedov believes Dustin Poirier will take Oliveira to the deep ocean and it will be difficult for Oliveira to handle that.

“You cannot go to the Charles Oliveira’s red zone, This guy is a real finisher. He’s very dangerous,” Said by Khabib but he believes Poirier will give him a cardio test. “I think if Dustin Poirier takes him to the deep ocean like he told us, I think he’s going to win. But if you rush, I think Charles Oliveira is going to have a chance. My opinion: It’s 60-40 (percent) I think, to Dustin Poirier.”

Nurmagomedov has further emphasized on his pick “Because of his cardio and heart, it’s my opinion. But Charles is a very, very dangerous opponent and he knows right now he’s the real champion and because he has nine-win streak.”

Undoubtedly, Dustin has the best cardio, but we can’t ignore the submission and technical striking game of champion Charles Oliveira. If you haven’t yet read our official prediction then you should check it out here (Oliveira Vs. Poirier Prediction)

Poirier Vs. Oliveira will happen on December 11 at the T mobile arena, Nevada. So, Who are you picking for this fight? Let us know in the comment box. You can also follow us on Twitter