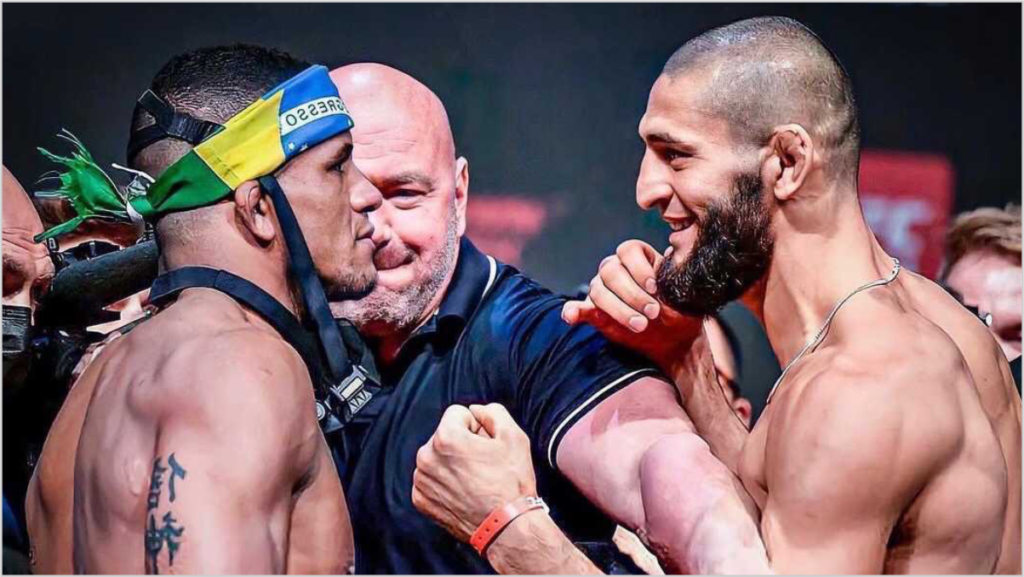 Chimaev has been calling out many names since his dominant victory over Li Jingliang. In that mix, Chimaev and Burns verbally agreed to face each other.
Share
Facebook Twitter Email Tumblr Reddit VKontakte Telegram WhatsApp

Chimaev has been calling out many names since his dominant victory over Li Jingliang. In that mix, Chimaev and Burns verbally agreed to face each other.

Speaking in a recent Youtube video, Khamzat Chimaev opened about former title challenger Gilbert Burns and other fighters who called him out and stepped back when needed to finalize the fight.

Khamzat, in his video, mentioned, “I’m more Brazilian than him because my coach is Brazilian.” Khamzat also expressed interest in fighting Burns in Brtazil.

Burns, who is currently ranked at number two in the welterweight division, is Looking for an opportunity to get one more shot at the title against Kamaru Usman.

Gilbert Burns took it to Twitter to respond to Khamzat’s call out. He agreed to fight against Chimaev and want’s to headline a card in his hometown of brazil.

Make it happen @danawhite. I’m all in! 5 rounds in (Broz) vs (Wolf) Let’s grappled! @KChimaev @ufc

Shortly after Gilbert Burns published his message on Twitter, Chimaev responded with his stamp of acceptance with numerous “100%” emojis.

Chimaev was last fought at UFC 267, Where he defeated Li Jingliang in the first round. Later he defeated Jack Hermansson in a freestyle wrestling matchup.

With plenty of fighters wanting to fight Chimaev, Who would you guys want to see him fight next? Belal Muhammad, Gilbert Burns, Vicente Luque, or Neil Magny.