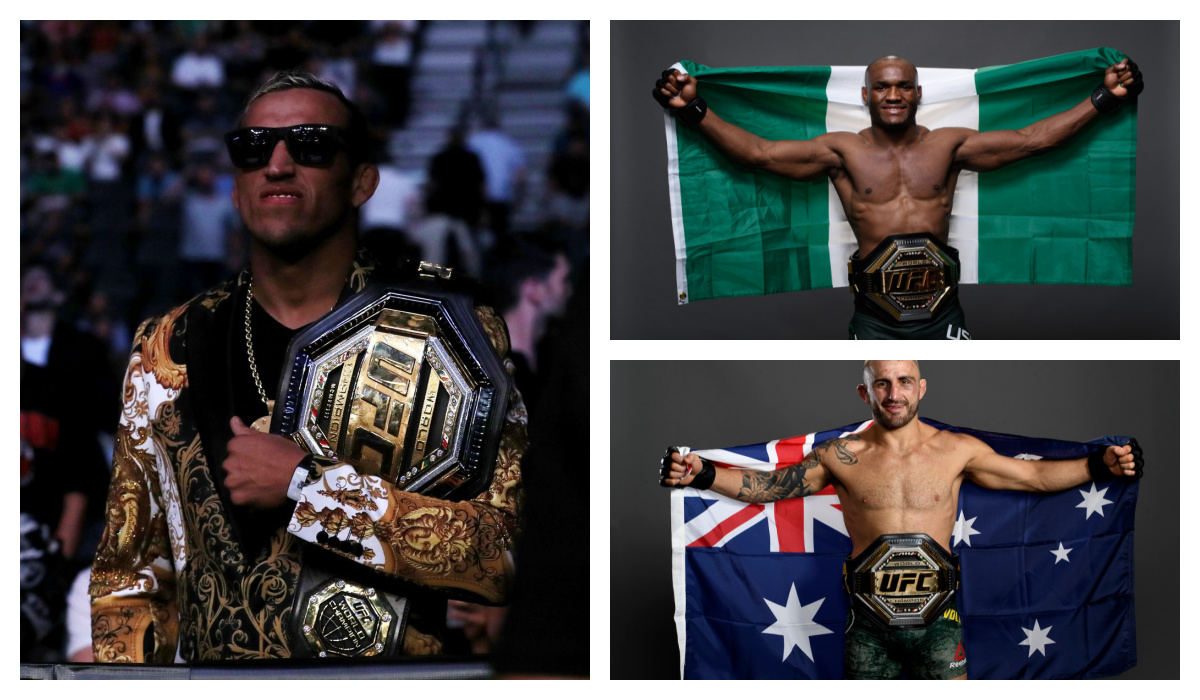 Confidence of undisputed Lightweight Champ seems to be high as he expresses the interest in getting him another UFC strap.

On the Trocação Franca podcast, Charles Oliveira said he and his entire coaching team thinks getting two belts in UFC is a doable task.

Oliveira said it would be easy for him to go back to 145 pounds to challenge Alexander Volkanovski or go up to Welterweight to face champion Kamaru Usman.

“I actually thought I couldn’t drop to 145 division anymore, but this last weight cut, I was close to 155 before the fight with this work we’ve been doing, with lots of water in the body, and we believe we could easily make 145.”

Oliveira is a former featherweight, and he made his move to lightweight when he failed to make weight against Ricardo Lamas in 2016. Since then, he had won around 11 bouts to become a lightweight champion.

Regardless of Oliveira’s interest, UFC is unlikely to give him the chance to go for any other title as he has many exciting fights in the current lightweight division.

Currently, Justin Gaethje is waiting to get his shot against Oliveira. after this fight, Oliveira might aspire to his second title dream if he can manage to keep Islam Makhachev or Beneil Dariush waiting a little longer.