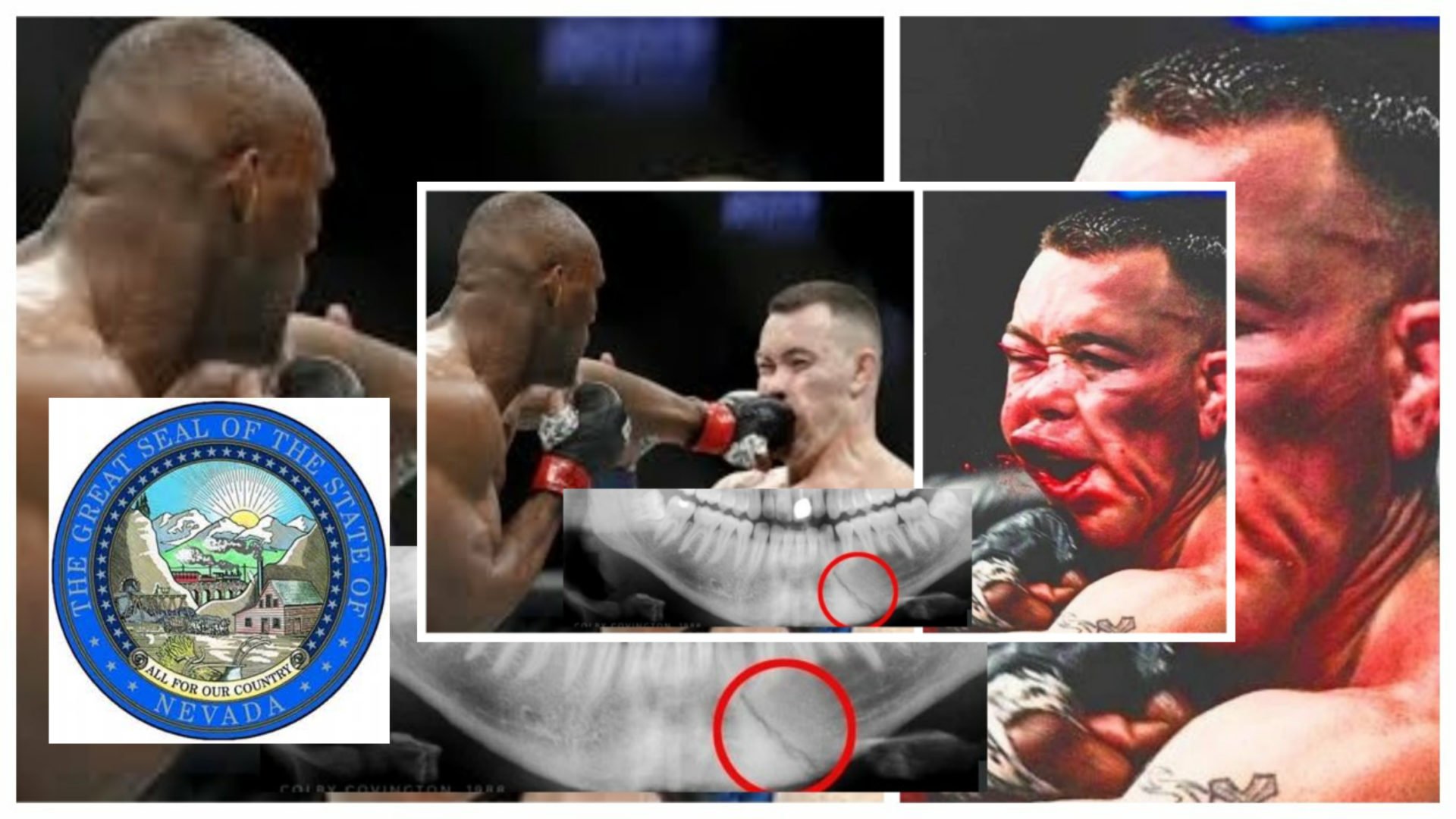 Medical report from the Nevada Athletic Commission revealed the truth about the jaw fracture injury of Colby Covington.

This all started when Colby stated that someone has photoshoped the X-Ray picture to fake his broken jaw.

Usman also claimed that in third round of their first fight Colby went to the corner saying his jaw is broken.

Now that the Nevada athletic commission has released the medical report of Colby. It is more clear now whether it was broken or not.

According to the report Colby was suspended for 180 days for a broken jaw injury.

“Colby Covington: Suspended 180 days or until nondisplaced midline mandibular fracture is cleared by oral and maxillofacial surgeon; also suspended for 60 days with no contact for 45 days.” Nevada Commission Report

Rightly said, Facts are Facts!, Colby cannot run away from the truth. It is clear now that his jaw was broken.