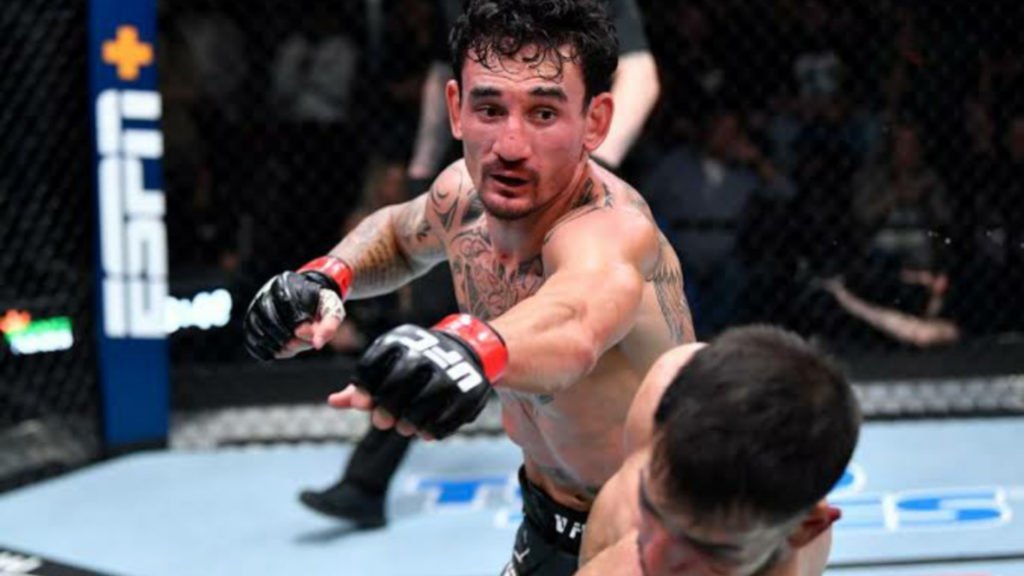 The featherweight masters went the distance at UFC Fight Night Vegas 42 and left every piece of themselves in the octagon, with Holloway winning by decision (49-46, 48-47 and 48-47.)

Both men earned a 50k bonus for their extraordinary performance in the main event.

Yair was sent to the hospital, right after the fight as his foot ankle was swollen badly.

Meanwhile, we spotted Max Holloway going to meet him in the ambulance. They both shared mutual respect for each other and also took a picture together inside the ambulance.

“Hey Yair, You are a freaking animal,” Max Said and Yair Replied “I love You Brother”.

It’s really good to see fighters showing such respect after that war.