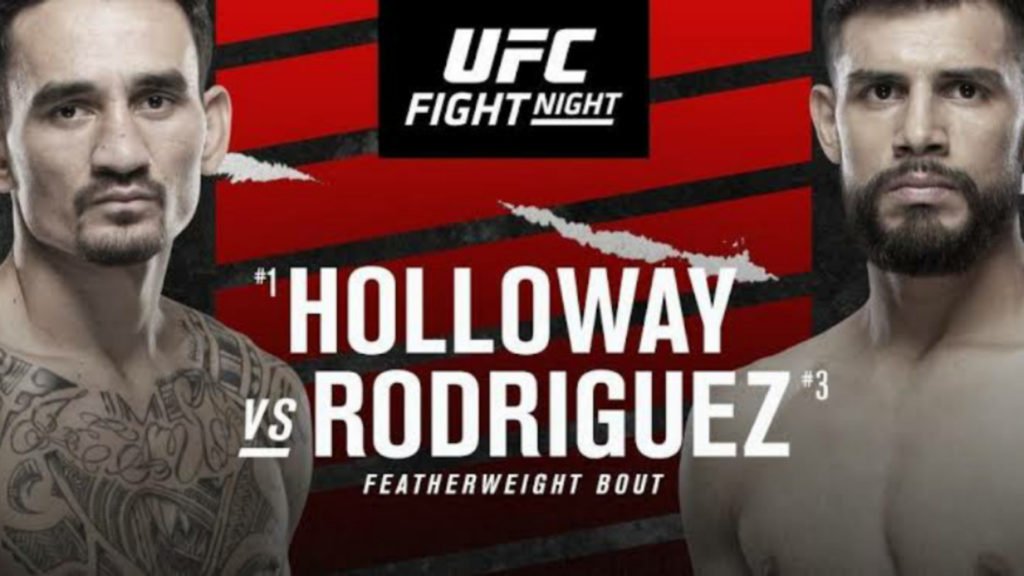 Tonight, To settle the number one spot in the division, One of the most anticipated fight in featherweight division is going down.

Will Max Holloway retain his number 1 spot ? or Yair upset Hawaiian to claim next title shot? In this article, we will discuss the potential outcome of the main event of UFC Vegas 42.

At this point of their career, They both are well skilled and it really tough to chose who is gonna be victorious. But i believe Holloway is more durable and he is gonna end this fight in later rounds of fight.

We have seen Yair throwing more powerful shots But i think Holloway can dodge most of them and can take some shots too.

On other hand, Max Holloway throws more volume and power punches. Also we cannot ignore the fact that in past Yair has been stopped by Frankie Edgar and Holloway has never been stopped in his career.

No disrespect to Yair, But i think Holloway is superior to him in many areas. He has beaten many top fighters and has only lost to Alexander Volkanovski with very thin margin.

Another point i want to mention here is that activeness in the octagon. Yair has not as active as Holloway. Let me tell you one fact, Since the last fight of Yair, Kamaru Usman has done 6 title defenses.

No doubt this fight is going to be crazy brawl fight. Specially Max, We can expect him to activate his crazy brawl mode at the end of the later rounds.

Final Prediction – Max Hollloway by KO/TKO in round number 4-5. Early in the fight we might see some moments in favor of Yair, but in later rounds we will see Yairs’s cardio getting exposed by Holloway’s extreme pressure and pace.

Tell in the comment section what you think about this fight and also give us your prediction for this fight.