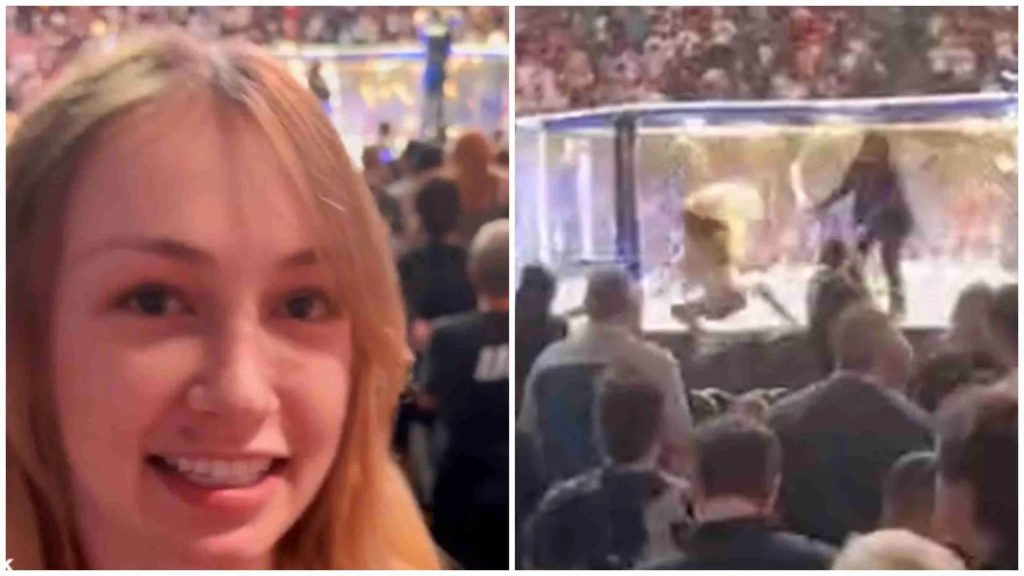 At UFC 274, a fan tried to get inside the cage but sadly it did not goes well for her as she was thrown out by UFC security.

After main event of UFC 274, fan perfectly timed her entry towards UFC Octagon. She reaches to octagon but as soon she reaches to the octagon , She gets spotted by the security and get thrown down on the ground.

It seems like she was attempting to make a tiktok of getting inside the octagon. We have seen such stunts in boxing rings.

Most probably she was kicked out of the arena. But, event was already over so she didn’t miss any fight. At this time we don’t have any update on whether she got injured or not.