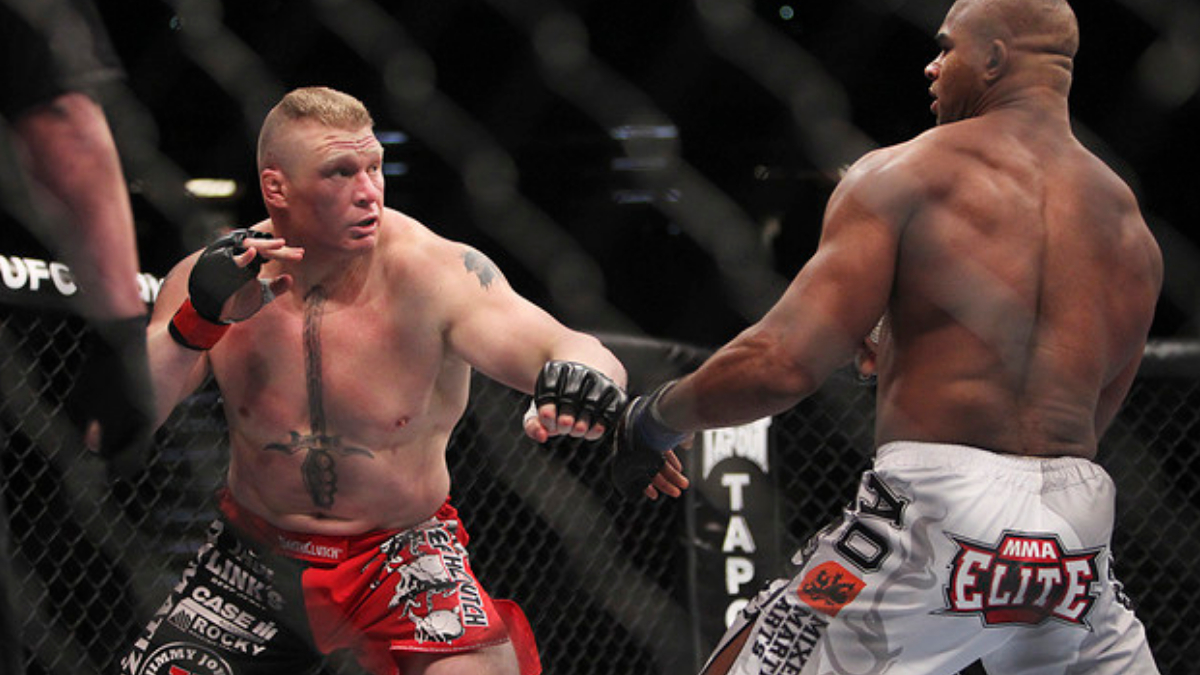 Lesnar recently revealed what he demanded from Dana White to help him prepare for his debut.

Brock Lesnar is still one of the biggest names in combat sports. He made a successful short MMA career after a long WWE career.

In a recent interview, Lesnar told a story about how he handled the pressure and mentality before going into his first-ever UFC fight.

“Like when you go through the door… I built or ordered an Octagon so I could, didn’t have at first, like, jitters of getting in an Octagon, I’m like, ‘Dana, I want an Octagon’ and like, ah boom, [the UFC] shipped an Octagon. So I can fight in it and practice in it, you know? But then you’re in front of 20,000 people, and they shut the door, and it’s like, ‘Ahhh’. Boom, then it took off. I fought Heath Herring, and then I got Randy Couture and won the belt.”

Brock was last fought against Mark Hunt at UFC 200, Where he defeated Hunt by unanimous decision, but later this contest was overturned to no-contest after Lesnar was tested positive for PED use.

Lesnar’s short MMA career has also boosted UFC and sports. He won his debut against Min-Soo Kim, and later, he won the belt from veteran Randy Couture.