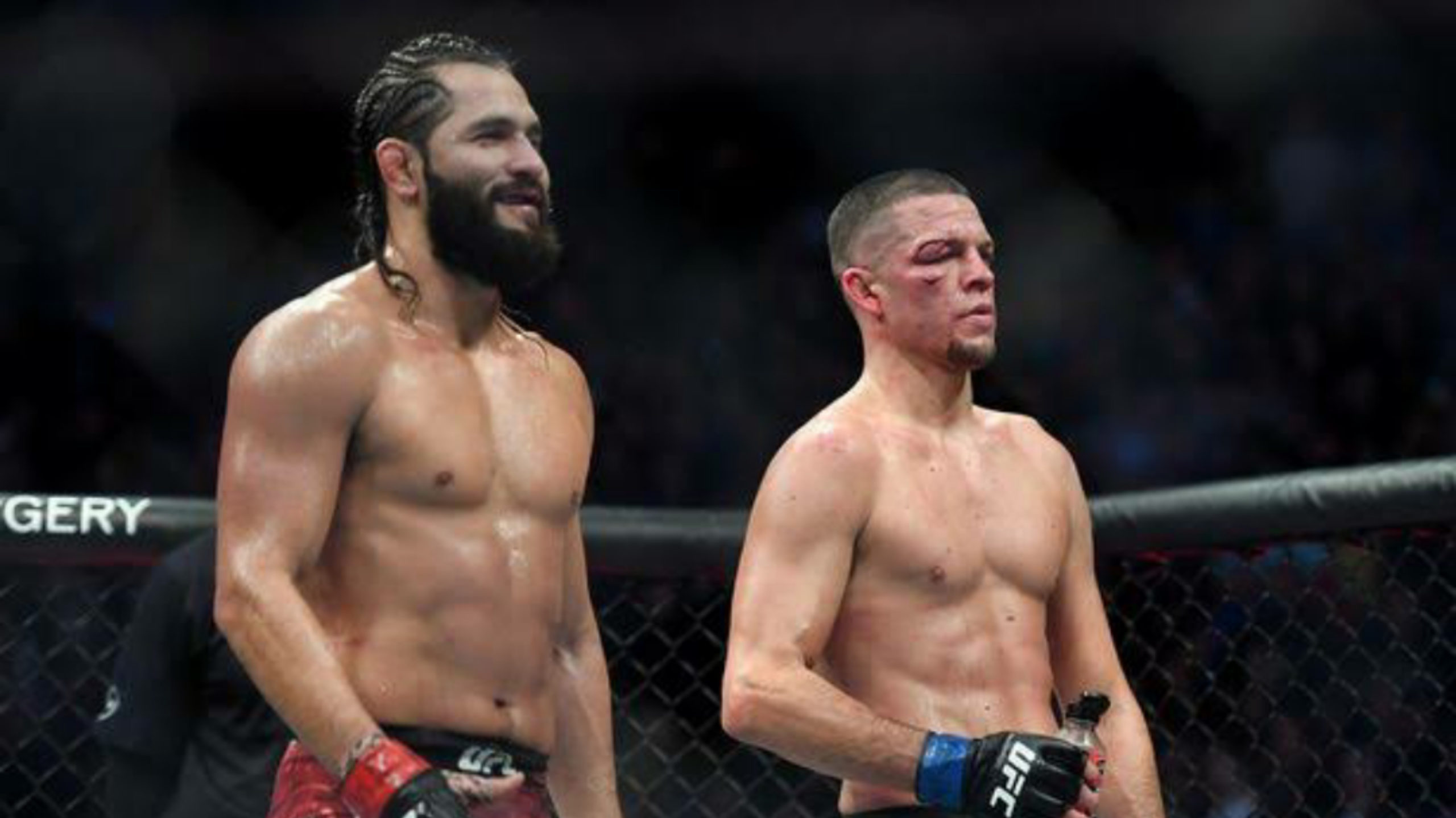 Trash talking and rivalries have now become part of the fight game. Whether it is real or fake, this always brings more attention from fans.

Nate Diaz, who is also considered as one of the best trash-talking fighters, has shared his thoughts on the ongoing feud between two former teammates in Colby Covington and Jorge Masvidal.

Nate Diaz believes the feud between Colby and Masvidal is fake, and if there was something between them, they should have already fought outside the cage.

Nate Diaz wrote on Twitter, “If it was real real it wouldn’t take place in the cage quit playin.”

Colby has admitted the same throughout time and specified that his heel turn is all for business.

He does not mind being disliked by fight fans for the same as it enables him to make more money and permits him to have the spotlight on him always.

Hence, Nate isn’t telling us anything that fans don’t understand, as the fight business has become entertainment home.