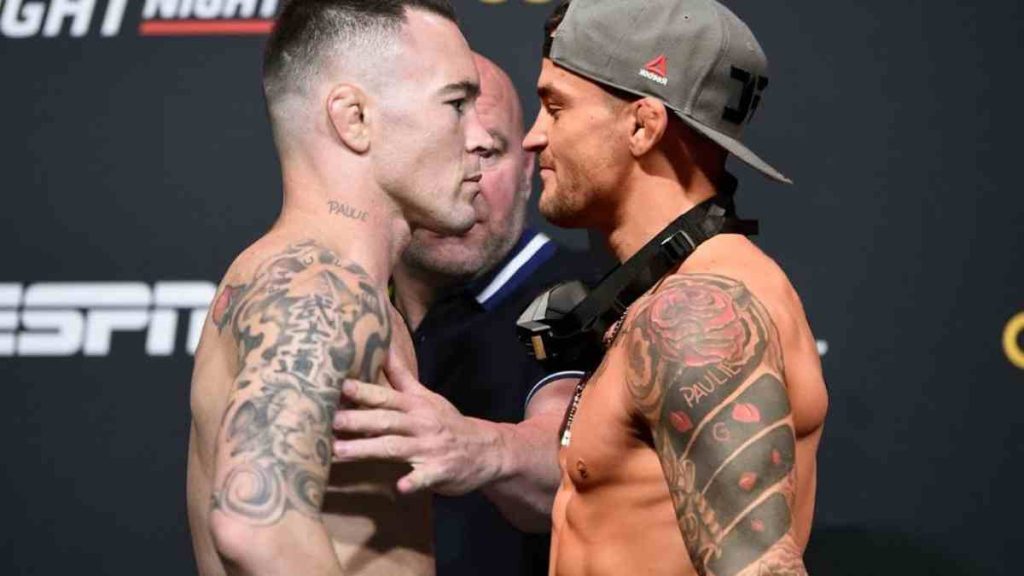 Just like Jorge Masvidal, Dustin was also a teammate to Colby Covington when he used to train at American Top Team.

“That fight needs to happen. He’s talked too reckless in the media,” Said by Covington “he’s said ‘it’s on sight’ and the last time he was talking to you clickbait merchants he was saying ‘oh I’m not gonna fight Colby in the Octagon where there’s finances on the line, I’m gonna fight him in the streets and we’re both gonna go to jail’.”

Colby also issued his stipulation to fight him in the street, He want’s world to watch them fighting and enjoy it.

“It’s funny, it’s very ironic because he talks about being a family guy, a good guy, but he wants to fight me in the streets and potentially go away from his family. Dustin Poirier has all these stipulations to fight me, I just have one stipulation – my one stipulation is he lets the world watch and enjoy themselves.”

We haven’t seen Colby since him being attacked by the Jorge Masvidal. It will be interesting to see how he respond to Dustin Poirier.