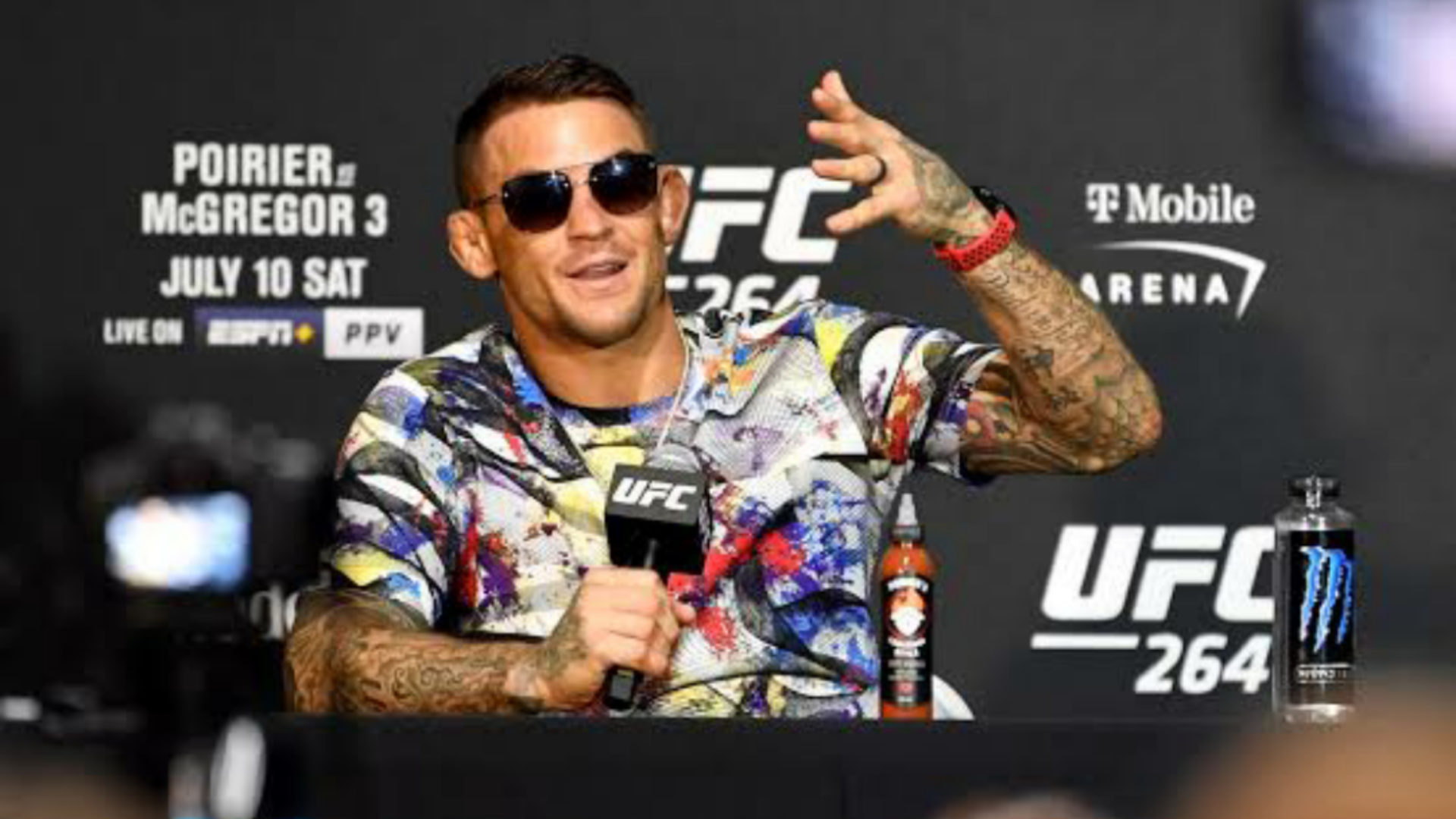 Dustin Poirier said he is just 32 years old and doesn’t feel to retire too soon, But at the same time he is not interested in making lots of title defenses.

Speaking to Danny Segura from MMA Junkie, Dustin has shared his future planning. “I’m not retiring. I’m 32 man, I feel good. Said by Dustin Poirier,“You’ve seen the way I’m moving out here today. I feel good, I’m having fun. If anything, I’ll probably go up to 170.“

At the same time he has acknowledge the threat from Champion Charles Oliveira and believes nothing is planned until he gets his hand raise on December 11. He said “Honestly, my goal isn’t to have the most title defences. I don’t know, we’ll see. One day at a time. None of that is even a reality until December 11th happens and I get my hands raised.”

We do believe Oliveira has the real chance of defeating Poirier, But if Poirier gets victorious on December 11 then he might go up in the weightclass to challenge Kamaru Usman.

However, fourth fight with Conor McGregor is heavy money fight for Poirier which he will never want to slip away from his hands. Even if he challenge Usman for double division championship he is not going to get that much money.

So, Poirier’s claim of moving up in the division doesn’t make any sense until that fourth fight with with Conor happens.