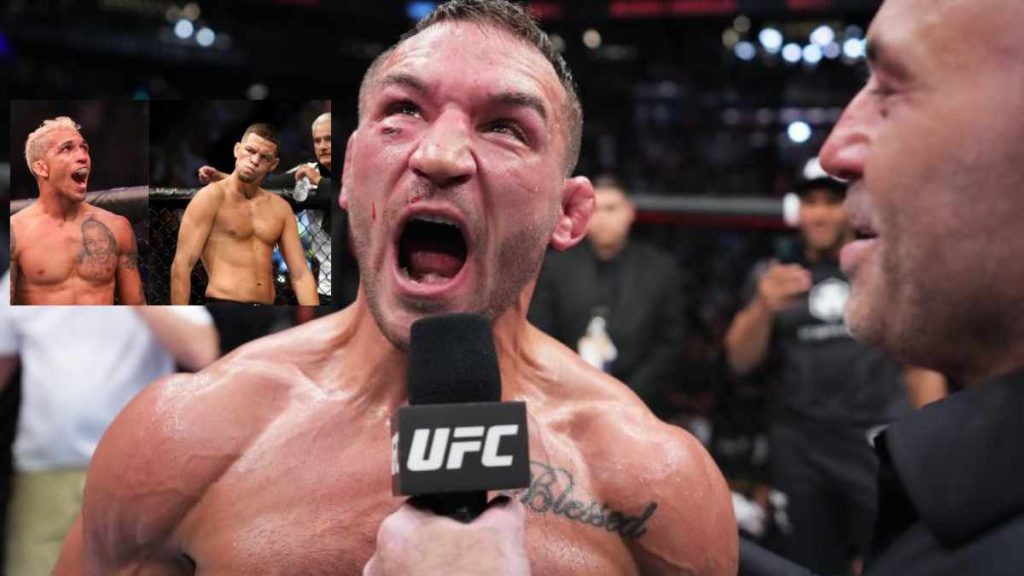 Michael Chandler is back! After a potential KO of the year performance against Tony Ferguson he ha placed himself on the top of the food chain and he now wants to hunt some big names like Nate Diaz, Charles Oliveira & Conor McGreogor.

Chandler congratulated Charles Oliveira on his impressive victory over Justin Gaethje, But at the same time he called Oliveira for their rematch bout.

Ok, just watched #UFC274 – congrats to Oliveira…but I will finish you within 2 rounds in a rematch. See you this fall/summer. Who wants to see this unfinished business rematch?

He did not stopped their, He went on to call out Stockton native Nate Diaz, He replied to one of the tweet of Nate saying “I’m there. Quick turn around. Spin your head on its axis.”

In an another tweet Chandler criticized Nate Diaz’s frequent complains about UFC contract and last fight.

Hey @natediaz209 …shut up and stop complaining. Keep your mouth shut. Keep your head down until your daddy books a fight for you to get your sacrificial dome bounced off the canvas again. Maybe it’ll be me…if you’re lucky. See you at the top!

With plenty of options, What do you guys think happen next in Lightweight division and who should fight Chandler next? Tell us in the comment box below.