Instead of shoey, Tai Tuivasa wants to do cuppy out of Lewis’s ball guard 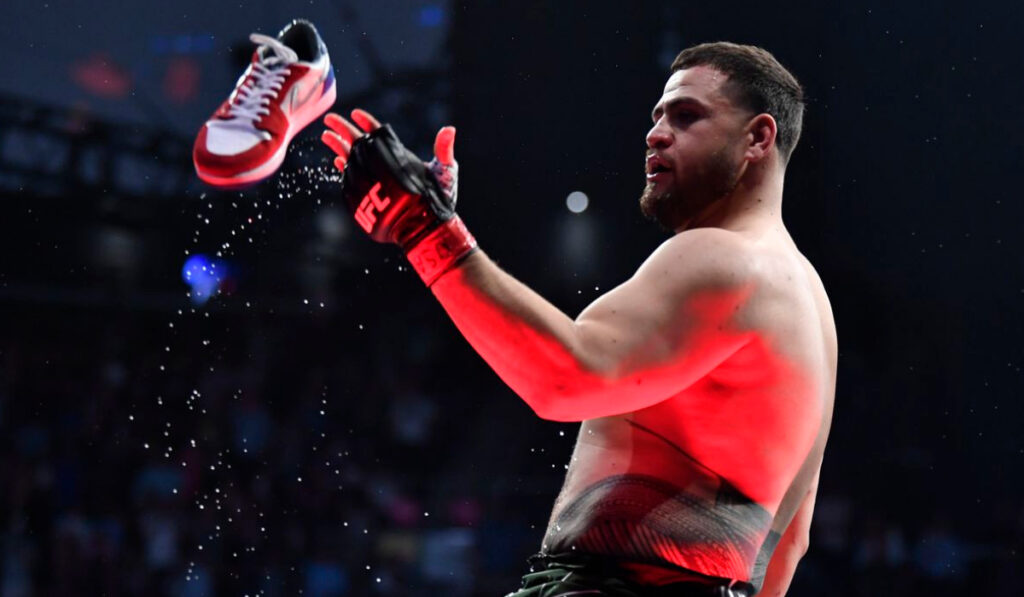 Australian Tai Tuivasa, who is famous for his doing shoey to celebrate his wins, wants to do cuppy this time when he defeats Derrick Lewis.

Tai Tuivasa will face the most formidable opponent of his career as he will face knockout artist Derrick Lewis at UFC 271.

The matchup is exciting as both fighters have got funny trash-talking skills.

Tuivasa said he wants to drink beer from Lewis’ cup once he finishes him inside the octagon.

Speaking on media day, Tuivasa Said, “Well, he can throw it to me when I win, and I’ll do a cuppy out of his ball guard then. I’m keen,”

Lewis has also replied to Tuivasa’s comments; He didn’t seem to be ecstatic about Tuivas’s thought of doing cuppy.

“That guy is nasty, man. I can’t do that. I don’t know, USADA needs to be knocking at his door all the time, he’s gotta be taking something to help his immune system. That is just nasty… Man, what the hell? Nobody. I wouldn’t like to drink out of nobody’s cup. We’re all fighters so I’m pretty sure everybody’s got musty nuts. It’s all at the same level. I’m not watching all these guy’s diets. I’m clean, so I’m probably the cleanest fighter they could drink it from, really. It’ll be warm, you remember. [Like a] latte.”

Tuivasa and Lewis will face each other in the co-main event of UFC 271 at Toyota Center in Houston.

Who do you guys think will win this bout? Lewis or Tuivasa?